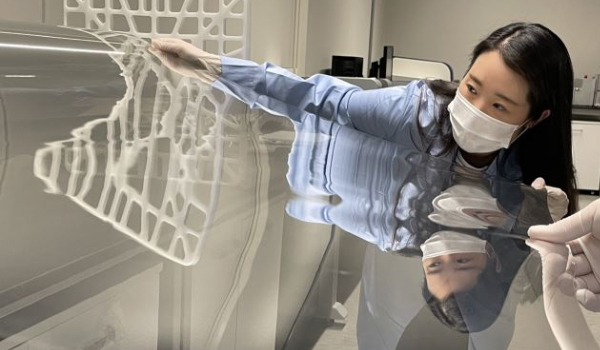 Kolon Industries disclosed Monday that it registered 69.1 billion won ($61.6 million) in operating income for the first quarter ended March. The figure is the best since 2016 and exceeds the consensus estimate by 25 percent. Its income rose 14.25 percent from the previous quarter and more than doubled from a year earlier.

Its brisk performance was mainly led by CPI film sales.

The CPI film is a thin, transparent plastic film used as display cover for mobile devices such as smartphones for protection. It has been quickly adopted by smartphone makers for foldable models, as the CPI film is bendable and more price competitive than ultra-thin glass.

Currently, the Korean firm’s CPI film occupies 90 percent of foldable display material market in China. While the global foldable display demand is projected to expand from 3.3 million units in 2021 to 41.1 million units by 2021 according to display market researcher Display Supply Chain Consultant (DSCC)’s 2020 report, CPI’s compound annual growth rate (CAGR) is expected to top 60 percent since China is responsible for a bulk of global demand.

CPI film is considered to have high technological barrier. Kolon Industries began developing the CPI film in 2006 and succeeded commercial production 11 years later after investing over 100 billion won. Its CPI film is patented.