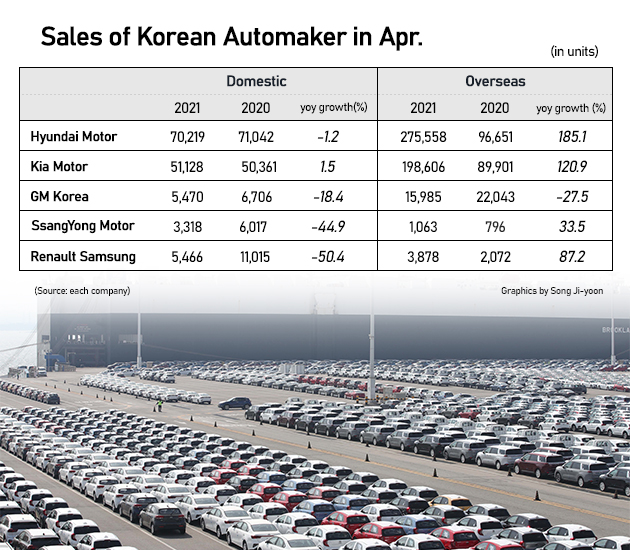 이미지 확대
Auto sales of Korean finished carmakers jumped 69.5 percent in April against Covid-19-hammered year-ago period largely on more than doubled Hyundai and Kia car sales in the United States and Europe where lives are quickly being normalized through vaccine rollouts.

Hyundai Motor, Kia and those under foreign ownership – GM Korea, Renault Samsung Motors and SsangYong Motor – sold a combined 653,139 vehicles in April at home and abroad, gaining 69.5 percent from a year ago when overseas factories shut down due to the spread of the Covid-19 pandemic, according to the companies on Monday. 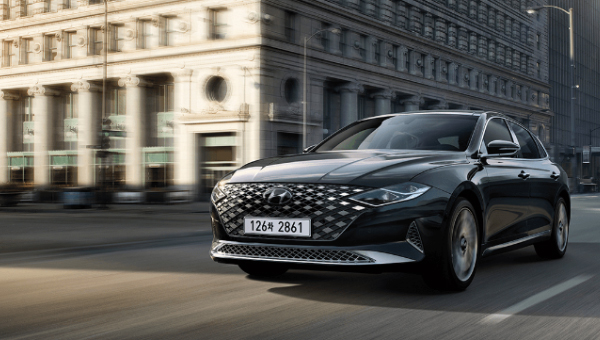 GM Korea under U.S. automaker General Motors Co. sold 21,455 units, falling 25.4 percent on year amid output adjustment due to chip shortages since February. Offshore sales declined 27.5 percent to 15,985 units, and sales at home were down 18.4 percent to 5,470 units.