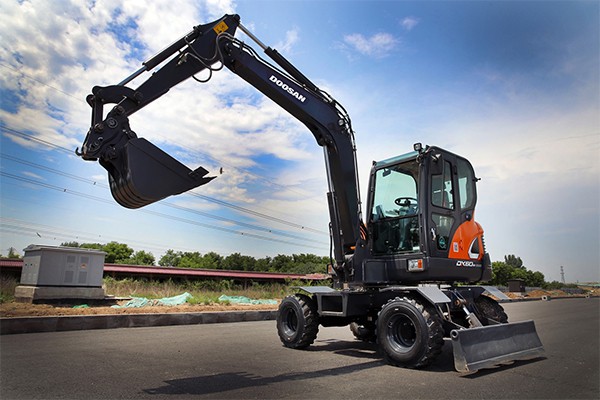 Doosan Infracore Co. sold the highest number of excavators in China in a decade last year with its market share narrowing the gap with the No. 1 foreign name Caterpillar Inc. in the world’s most vibrant construction market, thanks to its locally customized and premium lineups.

The heavy equipment unit of South Korea’s conglomerate Doosan Group said Monday it sold total 18,686 excavators in China in 2020, gaining 22.4 percent from 2019. The figure also marked the largest since 2011 when it sold 16,700 units.

Compared to five years ago, its China sales jumped more than five-fold from 3,526 units in 2015.

On the back of brisk sales, Doosan Infracore last year took up a 23 percent share in the Chinese excavator market, narrowing the gap with No. 1 foreign brand Caterpillar to about 1-2 percentage points. This is a remarkable jump compared with its market share in 2015 that was only 13 percent.

Outlook for its business is bright as the Chinese market has been on the steady growth for recent years. Excavator sales in China totaled 292,351 units in 2020, the largest since the data started being compiled in 2008, according to the China Construction Machinery Association (CCMA).

Doosan Infracore’s sales volume in China fell short of those of local peers but profitability is higher due to its premium lineup. Since its foray into the market in 1996, the Korean company has also focused on releases of China-exclusive models and special equipment. It launched new 6-ton wheeled excavator in July last year and provided an online training course for 7,300 dealers across the country.

In December, the company sold 47 excavators during a two-hour online launching event for three new models on China’s WeChat platform that drew as many as 23,000 viewers amid unfazed pandemic threat.