In its earnings guidance released Tuesday, Seoul Viosys estimated sales to have risen 39 percent on year to a record 121.2 billion won ($108.5 million) in the first quarter. The guidance did not include income.

It owed its feat to Wicop technology, the world’s first package-less LED for headlamp and automotive lighting, a core technology for mini or micro-LED. 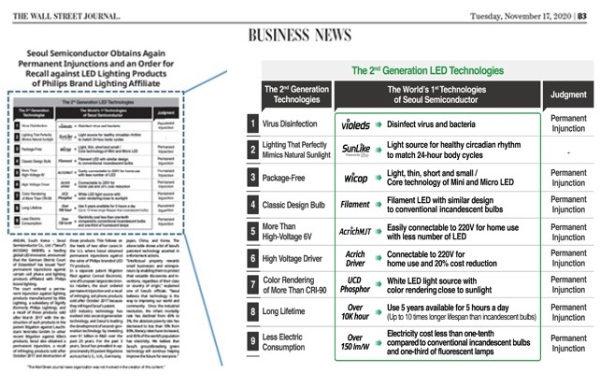 The Kosdaq-listed company earlier promised to release earnings guidance to turn more appealing to shareholders. It also vowed to buy 10 billion won worth treasury shares and increase the dividend payout ratio – the ratio of total dividend payment to shareholders against a company’s net income – from 20 percent to 50 percent.

By Ahn Byung-joon and Lee Soo-min