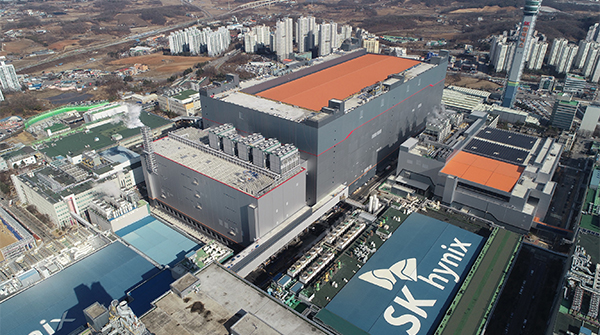 South Korea’s memory giant SK hynix Inc. is in talks with world’s largest auto parts manufacturer Robert Bosch GmbH for a long-term chip contract, possibly opening up a new business opportunity in the gold mine of automotive chips in the age of electronics and connected vehicles.

According to multiple industry sources on Tuesday, SK hynix has been in negotiations with German auto component maker for the supply of vehicle-use memory chips for minimum 10 years.

When realized, it would make the first long-term consignment contract in vehicle chips for SK hynix.

The chipmaker could invite a rush of more orders with the credence of a No. 1 auto parts client.

More data and chips are consumed in an electric vehicle with increased network connection between functions and advanced features with higher autonomous vehicle level.

Up to 300 chips are loaded in a vehicle in general while more than 2,000 processor units including memory in a level 3 self-driving car.

The development of vehicle-use infotainment system also leads to a surge in memory chips as it needs to save data even in a power outage and for the operation of high-quality graphic instrument cluster.

According to a recent report released by market tracker TrendForce, the average DRAM content of cars will reach around 4GB this year, nearly doubling from 2019.The average volume will reach 8GB in 2024, accounting for more than 3 percent of overall DRAM market, up from current 1 percent.

“Although automotive DRAM products are more difficult and costly to manufacture than other kinds of DRAM products, their high profit margins and large potential market have been attracting DRAM suppliers to now scramble for a piece of the automotive memory segment,” it said.

SK hynix has been eying the automotive chip market and set up an automotive strategic team in 2016. The team is now led by an executive under development manufacturing division from both DRAM and NAND segments. About 100 employees are dedicated to the business and are focused on expanding development capacity to meet international standards such as of Automotive Electronics Council in high-quality automotive memory solution sector.