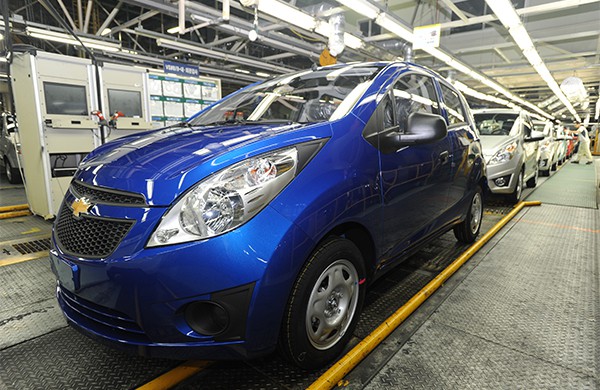 GM Korea CEO Kaher Kazem toured its Changwon plant undergoing upscaling as his first visit for the New Year, according to GM Korea on Sunday. The Changwon plant has been refurbished to roll out new crossover SUVs based on platforms with passenger cars, from the second half of 2022.

Kazem thanked to all employees and workers from partner companies and promised efforts of the management and union for fast business normalization this year.

GM Korea expected turnaround amid brisk sales of Trailblazer early last year. It however failed to make a profit due to subdued demand amid virus slowdown and partial union strikes in the second half that disrupted output of 85,000 units, almost equivalent to its total domestic sales for full 2020.

The loss-making carmaker now is planning to increase its new releases to four this year including a SUV and an electric CUV amid signs of a recovery in sales at home and abroad. It sold total 82,900 units in Korea and shipped out 285,000 units in 2020. Domestic sales and exports gained 5 percent and 25 percent in December alone, respectively compared to a year-ago period before the virus slowdown.