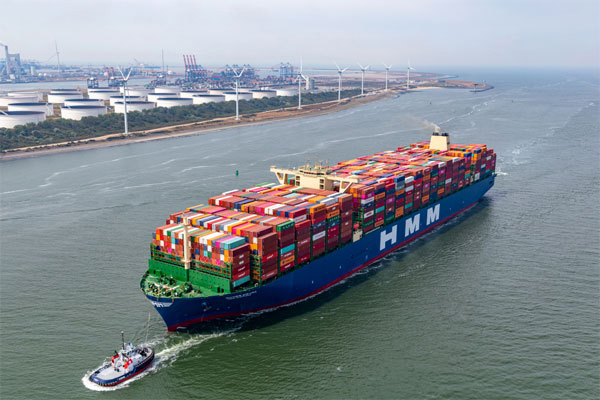 South Korea’s sea flag carrier HMM Co. can be more buoyant about this year after reporting its first annual profit in a decade in 2020 thanks to surging cargo servicing rates for the United States and Europe.

According to the Shanghai Containerized Freight Index (SCFI), widely cited metric on the market freight quotations, the average spot price to deliver a twenty-foot equivalent unit (TEU) between Asia and North Europe hit $4,047 as of Feb. 26, nearly quadrupling from the $1,000-1,100 level four months ago.

Shipping charges on the routes to the U.S. have been on an upward trend since the third quarter of last year on high demand for face masks and medical kits and faster-than-expected rebound in the U.S. economy.

“Global shippers all have upped fleet on the U.S. routes, and the imbalance in supply and demand has affected charges on other routes including Europe,” said an industry official.

Increasing rates are brightening up the earnings outlook for the Korean sea flag carrier. Long-term contract rates on major routes also are expected to spike. HMM has shipped a full container load for 32 times in a row.

If rate strengthening continues throughout the year, HMM is estimated to beat earlier consensus on operating profit of 2.3 trillion won ($2.03 billion) for this year.