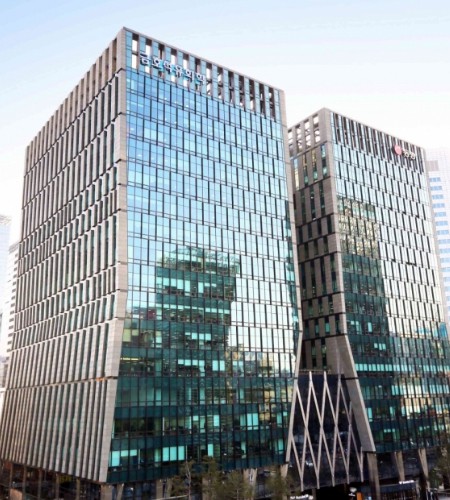 이미지 확대
Shares of Kumho Petrochemical Co. are on a rollercoaster ride as the nephew ratcheted up proxy challenge against his uncle and chairman over management at the South Korean manufacturer of synthetic rubbers and resins.

Shares of Kumho Petrochemical fell 4.19 percent by midday but ended Thursday 1.77 percent higher at 230,500 won in Seoul. The shares soared 8.37 percent in the previous session.

Park Chul-wan, a board director of Kumho Petrochemical challenging his uncle and the company chairman Park Chan-koo, on Wednesday publicly bid other shareholders to back his campaign to make the company retire treasury shares, up dividends, list affiliates and divest non-core assets to bolster corporate value that has stagnated over a decade.

The proposals were published on his newly opened website GoBeyondKumhoPetrochemical.com on Wednesday.

“Treasury stocks (18.4 percent of the company’s total number of shares issued) must be retired to enhance shareholder value,” Park said in a documented presentation, adding that the cancellation will further increase the earnings per share (EPS) by 22.5 percent.

Park proposed initial public offerings of mainstay units – Kumho P&B, Kumho Mitsui Chemicals and Kumho Polychem to leverage the current stock frenzy. At least 500 billion won ($443.4 million) can be secured as the proceeds from their market debuts, he emphasized.

For enhanced corporate value and risk management, Park highlighted management of environmental, social and corporate governance (ESG). Environmental safety division led by CEO will be newly formed, and safety will be considered as top priority for the workers, he promised.

All the proposals are only aimed at bringing “continued growth and prosperity” to the company, Park added.

Kumho Petrochemical did not issue a statement, choosing to ignore him.

Park Chul-wan is son of late Kumho Group Chairman Park Jeong-koo, older brother of current Chariman Park Chan-koo. In January, he publicly declared he was breaking away from the “special relationship” with the chair and demanded a bigger role in the management plus larger dividend payout. He has a 10 percent stake in Kumho Petrochemical.