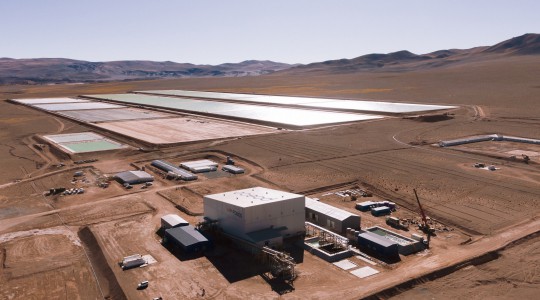 A modest purchase of a salt lake in Argentina with lithium deposits turned out to be a gold mine for Korean steelmaker Posco Co. and its business push in secondary battery materials amid lithium rush to power electric vehicles.

The South Korean steel giant said Thursday its latest exploration of the Hombre Muerto salt lake in northern Argentina conducted with a US consulting firm Montgomery & Associates late last year found the lake containing 13.5 million metric tons of lithium reserves, more than six times than the estimate of 2.2 million tons at the time the company bought the rights to mineral extracts from the lake in 2018 at 320 billion won ($284 million). The deposits are enough to turn out batteries to power as many as 370 million electric vehicles.

Spot prices for lithium also have been soaring in line with demand.

The benchmark Chinese lithium carbonate spot price hovers at around $11,000 per ton this month, more than doubling $5,000 in July last year. At its current value, the lithium output from the Hombre Muerto salt lake could be worth $32 billion.