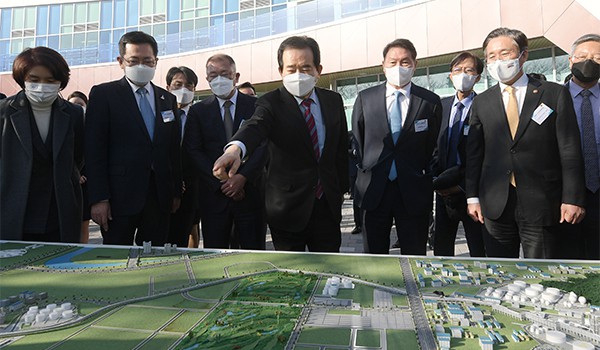 The five major business groups in Korea announced plans to jointly spend 43 trillion won on hydrogen sourcing, storage and transport by 2030 in a bid take a global lead in bringing the world renewable energy solutions as well as achieving state-set carbon neutrality goal.

SK Group, which has natural gas unit SK C&S under its wing, will inject 18.5 trillion won over the next five years in a two-phase plan to build the world’s largest liquefied hydrogen plant with an annual capacity of 30,000 tons and a more environment-friendly hydrogen production plant with an annual capacity of 250,000 tons of so-called blue and green hydrogen that generate little or no carbon emissions, the group said on Tuesday. 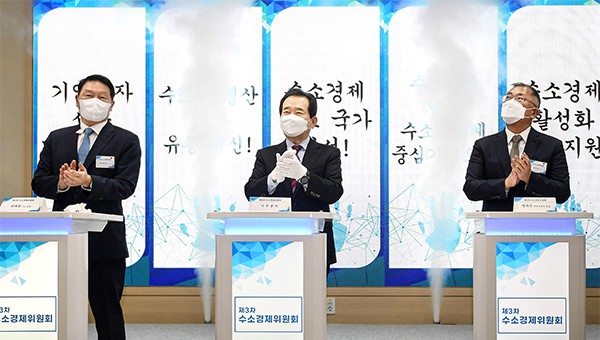 Through the investment, SK aims to claim leadership in the hydrogen power markets in Asia as well as across the globe.

Hyundai Motor Group plans to invest 11.1 trillion won in the research and development projects of hydrogen cars and establishing hydrogen refueling stations, while Posco will spend 10 trillion won to speed up replacing coal with hydrogen in steel production.

The business investments are in line with the Korean government`s hydrogen economy initiative to replace traditional fuel with green sources.