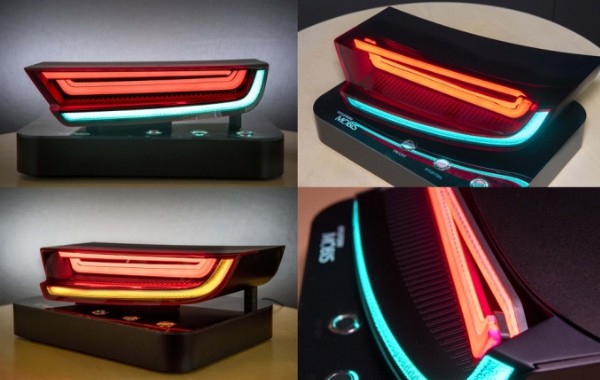 The new product, dubbed ‘HLED’—which means high performance, high definition and homogenous— is only 5.5-millimetre thick and can be bent or curved flexibly like a piece of film, thus enabling revolutionary changes in rear designs and animation effects. And even when they are curved, HLEDs generate bright and uniform light, while sending light in five directions, thereby improving visibility for drivers.

With the development of this new technology, Hyundai Mobis achieved miniaturization and energy efficiency at the same time. Because rear and brake lights can be adjusted simultaneously by a single light source, unlike those that are available in the market today that are operated on separate light sources, nearly 40 percent of the internal parts that have been used for conventional tail lights can be eliminated, saving both energy and space.

HLED passed product reliability tests under European ECE standards and North American SAE requirements and has filed patent applications for the technology at home and abroad. The company is currently developing a mass-production system for HLEDs after clinching orders from European automakers.

By Park Yun-gu and Lee Soo-min