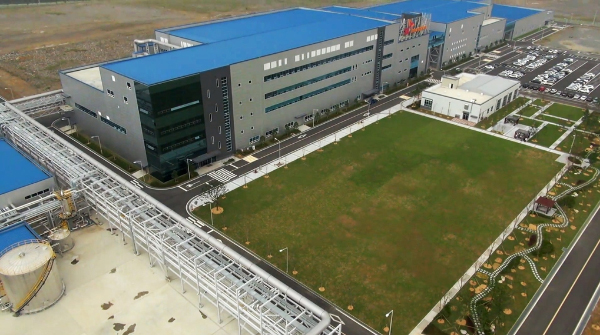 SK Group’s pure-play battery maker SK On Co. is recruiting pre-IPO investors in exchange of around 10 percent stake to bulk up ahead of going public.

According to multiple sources from the investment bank industry on Thursday, SK Group has recently selected Deutsche Securities and JP Morgan as pre-IPO underwriters for the freshly separated unit of SK Innovation. The placement will involve about 10 percent shares worth multi-billion dollars.

Discussions are still underway for the scope of offering and company valuation, said an unnamed official from the battery industry. The company is targeting mostly foreign investors.

SK On is a pure-play battery maker that demerged from SK Innovation Co. in October. The company is spearheaded by Jee Dong-seob who was previously with SK Telecom and SK Lubricants.

SK On is world’s fifth-largest battery manufacturer with annual production capacity of 40 gigawatt hours (GWh). The company, which has an order backlog of batteries worth 220 trillion won ($184.8 billion), has plans to expand capacity to 85 GWh in 2023 and 500 GWh in 2030 through facility expansion.

In the United States, SK On has decided to build a joint venture with Ford and invest a combined $8.9 billion by 2027 to build three 129 GWh battery manufacturing plants – two in Kentucky and one in Tennessee – by 2027.

In China, SK On recently signed a $2.53 billion contract with Yancheng City in Jiangsu Province to build a new battery plant. Construction will begin next year.

In Hungary, SK On has invested 2.6 trillion won to build its third battery manufacturing plant in Ivancsa.

SK On plans to go public in 2024 or 2025 in the footstep of its rival LG Energy Solution which is also freshly listing after demerger in January in a worth estimated at 75 trillion won to 80 trillion won.

Shares of SK Innovation were trading 0.45 percent lower at 219,000 won on Friday morning.