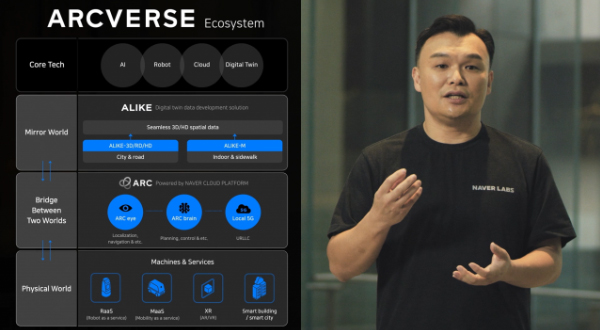 Naver Corp. aims to commercialize its new mataverse platform that will enable its users to continue to use virtual data and services in a real world without interruption, hoping to take the lead in the bourgeoning metaverse market.

Arcverse is different from Zepeto, Naver’s existing metaverse platform that offers its users only virtual experiences with their three-dimensional (3D) avatars. The new metaverse system combines digital and real worlds to create a whole new hybrid metaverse territory, according to Naver. 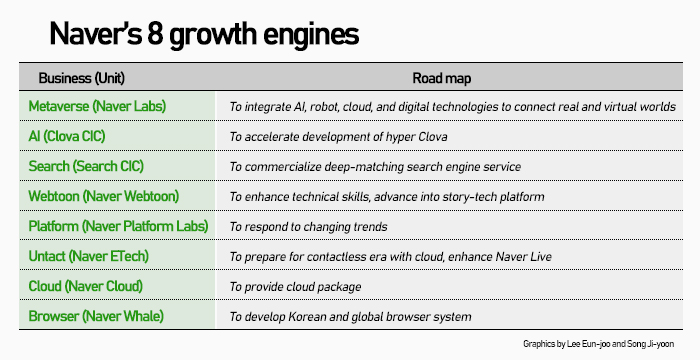 이미지 확대
In Arcverse, digital twin technology creates the same virtual world as in reality. Robotics, autonomous vehicle, and augmented reality (AR) technologies are the key to seamless connection between the real and virtual worlds.

“The most important element to successfully set up Arc system is 5G network,” said Seok Sang-ok, chief executive of Naver Labs, during Naver’s developer conference Deview 2021 on Wednesday. Cloud and 5G are the key technologies to operate Arc system that will be installed in Naver’s second head office, he added.

Naver Cloud has completed frequency application for 5G special network with the Ministry of Science and ICT. The special 5G network that establishes optimized network environment will be used in robotics service at the new office.

With the latest development, Naver is seeking to expand its presence in the global metaverse market. Its existing virtual world platform Zepeto is currently used by over 200 million users.