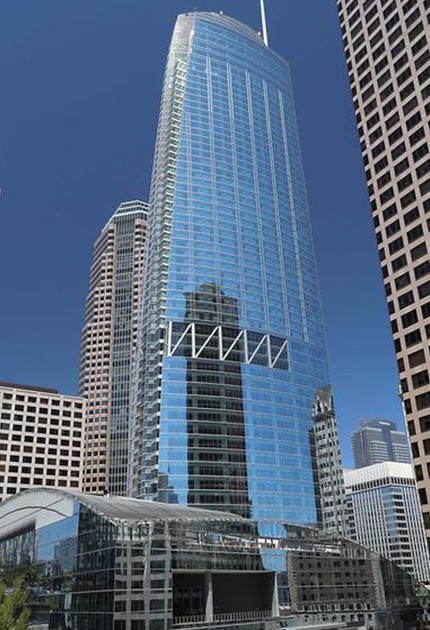 Korean Air said in a disclosure on Thursday that its board members approved the plan on Wednesday to lend funds to Hanjin International – founded in 1989 in California and fully owned by Korean Air. The company currently operates the 73-story LA landmark Wilshire Grand Center after complete revamp in 2017.

The funding would primarily go to repay to repay debt maturing this month. The remaining $50 million will be used to sustain hotel operation.

Korean Air said that the parent company usually gets back funding to Hanjin International within one year.

Of total $950 million, Korean Air plans to source $300 million through loans from Export-Import Bank of Korea in the end of this month. The carrier said this will not affect its cash flow as it will simply involve loan delivery.

Korean Air is also in talks with U.S. investors for bridge loans, a short-term financing tool, worth $300 million.

Korean Air has been suffering the common industry-wide woes due to COVID-19 that put air travel to a near halt. It has built up financial resources by selling off in-flight meal business and issuing new stocks. The carrier is expected to keep Wilshire Grand Center by injecting funds and drop earlier sales plan.

Hanjin Group, meanwhile, carried out Wilshire Grand project in April, 2009, which involved revamping Wilshire Grand Hotel into an advanced hotel and office building. It spent $1 billion over 8 years for the project.