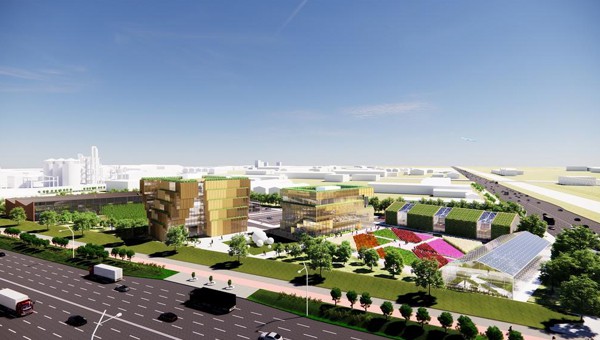 SK E&S said Wednesday it was named the preferred candidate to build a 200-megawatt (MW) floating solar power plant near Saemangeum zone, reclaimed land along the southern coast region of South Korea. The company plans to spend up to 500 billion won in total for the project, which is part of the agency’s ambitious plan to build a total of 2.1-gigawatt (GW) solar power plant in the area, of which 0.5 GW is assigned to private companies.

If SK E&S finally wins the deal, SK E&S will install solar panels on a water surface area of about 2.64 million square meters. It aims to kick off construction in the second to third quarter of next year to start operation by early 2023.

Once their installation is completed, the facility will have an electricity capacity of 263 gigawatt-hours (GWh) per year that would be enough to power more than 55,000 households. SK E&S would be the largest private floating solar power operator.

To win the bidding race, SK E&S is known to have proposed to groom the reclaimed zone as a regional industrial and digital hub for future technologies.

SK E&S plans to invest 100 billion won ($85.2 million) in establishing a business cluster for startups and ventures to invite bigger, leading companies and talents and building community infrastructure such as libraries and cultural centers to make the region’s landmarks.

In the longer term, the company envisions creating a data center using electricity generated from the zone in cooperation with its broadband internet service sibling SK Broadband to draw investment from global IT companies.

It expects total investments in the area could reach up to 2.5 trillion won when counting in those after the construction.

SK E&S currently operates renewable energy facilities across Korea with a combined capacity of 110 MW at home – solar power plants for 47MW and a wind power plant for 63 MW. It aims to expand the capacity to 2 GW and then add more to have 5 GW facilities both at home and abroad by 2030 and become a global leader in renewable energy.