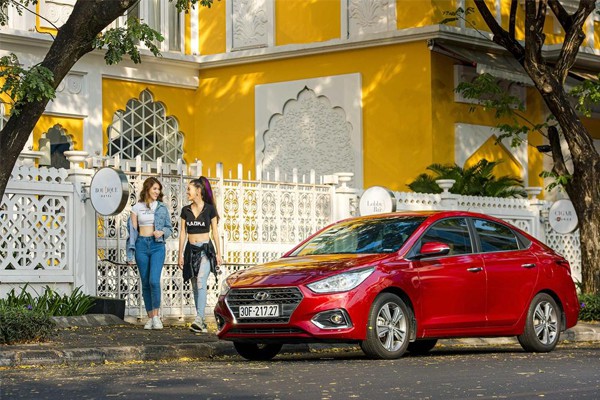 As of the end of August, cumulative sales of Hyundai Motor cars in Vietnam amounted to 40,987 units, outpacing Toyota Motor’s 34,743 units and taking up 20.4 percent in the regional market. Monthly shipments kept its market lead for five months, excluding February to April.

By model, sales of Hyundai Accent exceeded 10,000 units, together with Toyota Vios. Kia Cerato, Hyundai Grand i10 and Hyundai Santa Fe joined the top 10 best-selling models list thanks to the regional popularity of compact cars with an engine capacity of below 1,500-cc subject to lower tax bills.

Hyundai Motor’s recent success in Vietnam is largely owed to its aggressive marketing activities tailored to the Southeast Asian market.

이미지 확대
The company created a web drama ‘Who will be my future family?’ for a positive brand image, and the eight-episode series drew more than 50 million views since the release at the end of last year. It ran a test-driving event for Kona with local dealers and initiated amateur soccer league sponsorship.

The Vietnamese auto market grew fast to 350,000 units, expanding by more than 50 percent in the past two years. Hyundai Motor is planning to ramp up its annual output of its factory in Vietnam to 100,000 units to meet the growing demand for locally assembled cars as the local authority began to cut taxes on newly registered cars by 50 percent in case the vehicles are assembled in Vietnam.

The Vietnamese success has given the group confidence in its foray to Southeast Asian markets.

It is investing $1.55 billion to build a manufacturing plant with an annual capacity of 250,000 units in Indonesia with an aim to start commercial operation by the end of next year.

In Singapore, the automaker aims to establish a mobility innovation center, which will be responsible for R&D for new technologies and finding new business opportunities under the support from the country’s Economic Development Board (EDB) within the year.