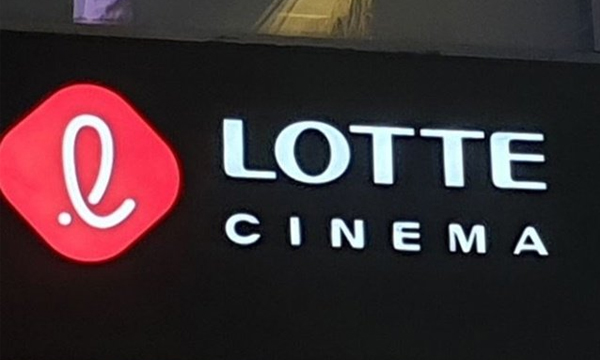 The Hwanghak-dong location in Jung-gu went out of business on Sept. 10 due to poor ticket sales amid the COVID-19 outbreak, the company explained. The Gumi location was closed down on Sept. 6 due to the expiration of a business partnership contract with the owner. But industry observers suspected the latter outlet operator decided not to renew the contract due to poor ticket sales amid virus-led social distancing.

Another leading multiplex chain Megabox also closed down two locations permanently due to a plunge in visitors – one in Cheongna, western Incheon on Sept. 13 and the other in Sacheon, South Gyeongsang Province on Sept. 14.

This is the first time for the country’s large multiplex chain theaters to report permanent business closure in Korea since the virus outbreak.

The number of visitors to all cinema theaters nationwide totaled 32.41 million in the first six months of the year, plummeting 70.3 percent from the same period a year earlier, according to the Korean Film Council. Lotte Cultureworks Co., the operator of Lotte Cinema, delivered an operating loss of 34.4 billion won ($29.1 million) on sales of 102.5 billion won in the January-March period.

By Kang In-seon and Lee Ha-yeon