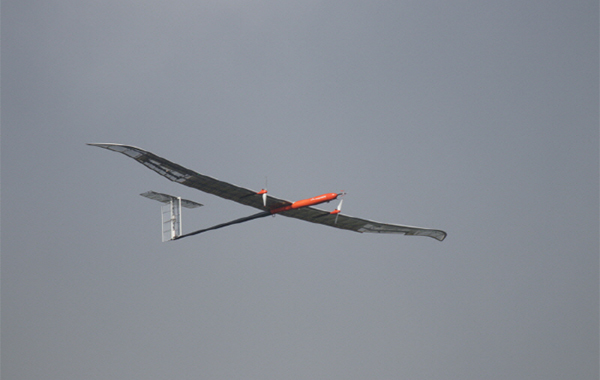 LG Chem’s high-altitude unmanned aerial vehicle using its lithium-sulfur battery successfully has passed a test flight, a move that is expected to help bring in the era of all-electric planes faster than expected.

EAV-3 designed to fly in the 12 to 22-kilometer-high stratosphere for long hours is entirely powered by solar energy and battery. The unmanned airplane with a wingspan of 20 meters and a fuselage length of 9 meters is charged with a solar panel on the wing and flies with solar power and battery during the day and on battery-charged power at night.

A lithium-sulfur battery, which uses sulfur and carbon composite for the anode and light-weight lithium metal for the cathode, has a potential to replace currently common lithium-ion batteries. As it creates 1.5-fold more energy density per weight than a lithium-ion battery, LG Chem said.

It is also more affordable because no rare metal materials are used.

LG Group agreed with Hyundai Motor Group to cooperate to develop lithium-sulfur battery technology when the chiefs of the two companies met in June.