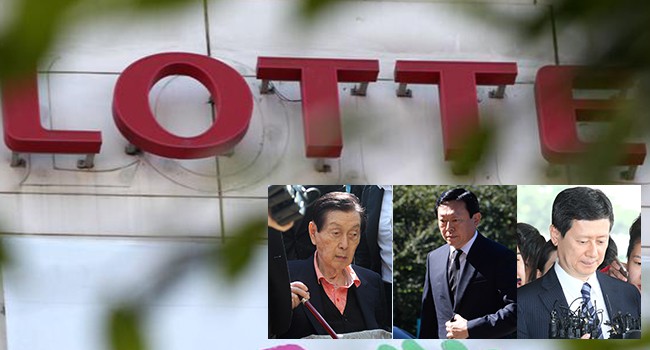 The four children of the late Lotte Group founder and chairman would have to cough up a combined 550 billion won ($377 million) in inheritance tax for the 1-trillion-won estate left by their father.

The taxes would need to be filed by the end of this month as inheritance tax is due six months after the date of death under local laws. Shin Kyuk-ho, founder of Korea’s No. 5 conglomerate with businesses spanning retail, food and hotel in Korea and Japan, died in January at the age of 99.

Of the 450 billion won, 270 billion won would be taxes accounting for Shin’s share holdings in Lotte Group subsidiaries.

Owner family members announced earlier that they had come to an agreement on the distribution of their father’s 6.87 percent stake in Lotte Property & Development. Shin Young-ja, Shin’s eldest daughter and former chair of Lotte Scholarship Foundation, was to receive 3.44 percent. Lotte Group Chairman Shin Dong-bin and his elder brother Shin Dong-joo, former chairman of Lotte Holdings, were each given 1.72 percent.

The real size of the inheritance tax, however, would depend largely on the real estate.

Experts have estimated the official land value of Shin’s 1.66-million-square-meter golf course site in Incheon to be around 60 billion won to 70 billion won, with some projecting the assessed value to go up to 450 billion won depending on its usage.

The valuation submitted by the inheritors would be subject to review by the tax agency and other organizations.