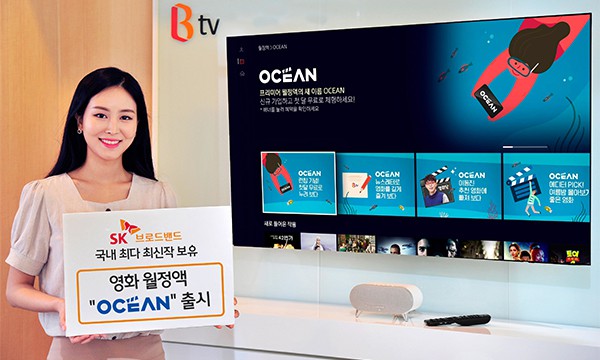 The company unveiled its new OTT service brand Ocean to offer more various contents like 11,000 films and 670 foreign TV series via its Btv service at a press conference held Tuesday in Seoul.

“SK Broadband has strengthened ties with foreign major studios, unlike other industry rivals. We’re planning to bring more than half of the new cinema releases to the platform in three months after the run in theaters,” said Kim Jong-won, platform division head of SK Broadband.

Concurrent streams will also be allowed to subscribers on up to four different devices. Mobile application will be launched within the year.