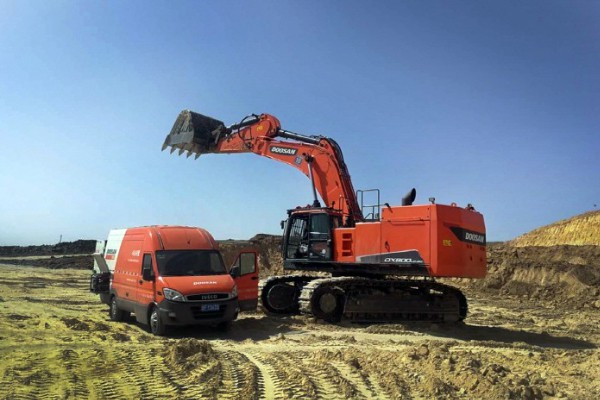 Korea’s leading construction equipment maker said Wednesday it sold 2,166 excavators in China in May, up 99 percent from a year earlier, to claim 7.3 percent of the market. Caterpillar, the longtime foreign leader in China, saw its share slip to 7.2 percent.

The Korean company has been steadily gaining ground in China. Its market share in the first quarter of 2020 was 21.9 percent, up from 12.9 percent in 2015, according to China Construction Machinery Association.

It sold 9,408 excavators in China in the first five months of the year, 10 percent higher from the same period last year despite the coronavirus pandemic.

The company credited the fast recovery of the Chinese market and its localized service offerings for the stellar results.

In April and May, Doosan Infracore offered special on-site maintenance training for its Chinese customers, repairing more than 2,600 units of construction equipment. It said it will continue the program through summer, given the positive response from clients.

The Chinese excavator market has bounced back since March on normalized operations. The country sold 29,513 excavators in May, up 76.5 percent from the same month a year ago.

Earlier this month, Doosan Infracore was put up for sale by its parent Doosan Group to meet the state rescue requirements for the troubled Doosan Heavy Industries & Construction Co.