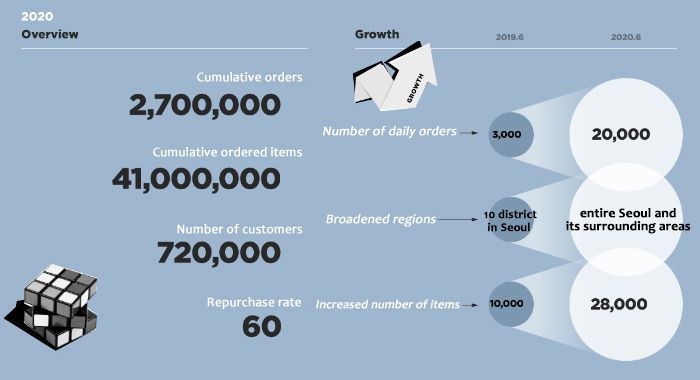 SSG.com said Wednesday that the number of orders for its early morning door-to-door delivery service averages 20,000 a day. Given that 15 items on average are shipped for one order, the number of items would amount to around 300,000 per day, an official from the company said.

It is still lagging behind Market Kurly that handles 60,000 orders on average a day, but it is a remarkable achievement in just a year. Market Kurly began offering such service in 2015.

Industry experts estimate the early morning grocery delivery market would grow to 1.5 trillion won this year, up from the previous projection of 1 trillion won due to the prolonged COVID-19 crisis. SSG.com is now accounting for 10 to 15 percent in the market and aims to increase the share to 20 percent by the end of the year.

The number of items subject to the overnight delivery service of SSG.com stands at 28,000 stock keeping units (SKU), about twice more than that of Market Kurly at 12,000 units. “While Market Kurly focuses on imported and premium products, SSG.com has much larger options,” said an SSG.com official.

The company has also expanded its dawn delivery available zones from just 10 districts in Seoul in June last year to the entire Seoul and most of its surrounding areas. More than 700,000 customers ordered 41 million goods for the service via SSG.com over the past year, and 60 percent of them used the service more than twice. 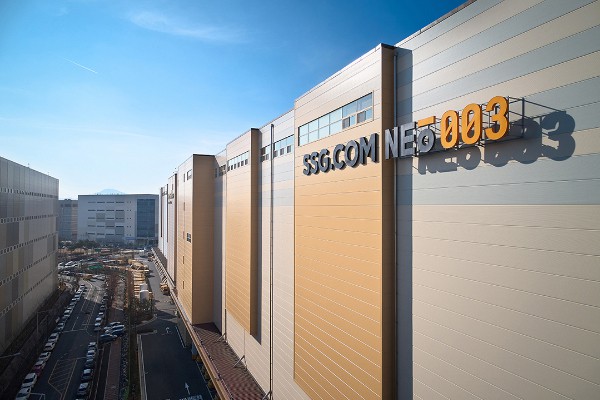 The driver behind its fast growth is automated logistics center called NE.O (Next Generation Online Store). There are three NE.O centers in Yongin and Gimpo, Gyeonggi Province, and 80 percent of the logistics and shipping system is automated.

The company also boasts an enhanced ‘cold chain’ system that controls temperature of goods from packing to delivery. The temperature of the warehouse is kept at 10 degrees Celsius and fresh food center at 8 degrees every day.

The NE.O 003 center that opened at the end of last year in Gimpo even has a bakery to deliver freshly-baked bread to customers’ doorstep by morning.

In order to minimize use of packaging materials, the company made 100,000 insulated bags. The bag is given to customers for free when they make their first order.

By Kim Gi-jung and Choi Mira