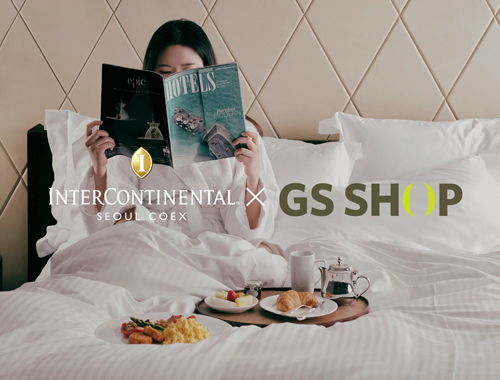 Humbled by empty rooms over the last couple of months due to hiatus in travel from virus outbreak, luxury hotels in Seoul have gone to find customers through unconventional means – TV shopping channels.

InterContinental Seoul COEX hotel has joined up with GS Home Shopping to go on air on May 24 to sell bargain hotel packages. The offering includes a night’s stay and breakfast for two people at 129,000 won ($104.72) during weekdays and 169,000 won during weekends, 50 percent off from regular prices.

It marks the first time for a five-star hotel in Seoul to offer special deals at a home shopping channel. The hotel will give a 35 percent discount coupon for restaurants and bars to buyers as well as ‘late check-out’ service to allow them to check out at 3:00 p.m. the next day. They will also get a discount at COEX Aquarium and Parnas Mall.

Those who cannot watch the live broadcasting at 6:20 p.m. on Sunday will be able to purchase the ticket at GS Shop’s mobile and online malls until the broadcasting ends.

Lotte Home Shopping will also sell stays at L7, Lotte Hotel’s boutique offspring, on Friday. Customers can choose to stay at one of the three locations in Myeongdong, Gangnam and Hongdae. 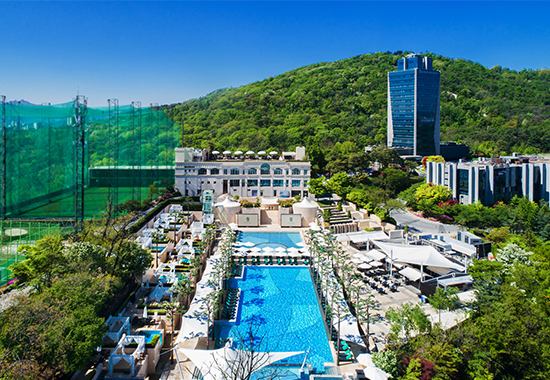 Hotels in the capital city saw their occupancy rate plunge to 20.7 percent, according to a survey done by the Korea Hotel Association on 140 members in April. Seoul hotels had nearly zero customers in March and still run business mostly empty.

Only one exception in the capital city has been Banyan Tree Club & Spa Seoul with an almost 90 percent booking rate during the weekends from January to early May. Its occupancy rate reached 94 percent on average even in February when the virus crisis peaked, up 10 percent from the same month a year ago.

It has just 50 rooms, compared to 1,015 rooms of Lotte Hotel Seoul and 464 rooms of Seoul Shilla Hotel. There are only two to four rooms on each floor and the rooms are located distantly from others, allowing customers to enjoy private stays with reduced risks of contracting the virus.