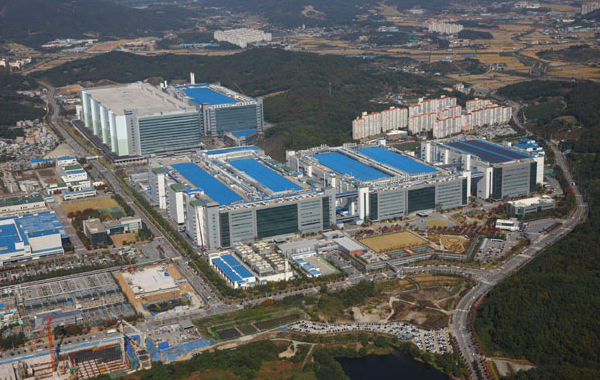 According to industry sources on Wednesday, Samsung Display recently halted construction work for the second plant at its Asan display campus spanning over a space of about 2.1 million square meters (22.6 million square feet) in Asan, South Chungcheong Province, Korea.

The project has had hiccups. Construction started in July 2017 as promised with local governments but stopped first in 2018 due to worsening display business conditions. The company resumed construction in October 2019, but let down the tools again.

“We have no choice but to adjust expansion plan due to worsening market conditions from pandemic,” said a company official. “We’ll keep an eye on the market to decide when to resume the work.”

Samsung Display has not disclosed the function of the new plant.

Samsung Display delivered an operating profit of 1.47 trillion won in 2019, down 41.8 percent from a year earlier. Net profit nearly halved to 1.14 trillion won, with sales down 4.2 percent to 31 trillion won. In the first three months, the company incurred an operating loss of 290 billion won due to the overall slowdown in the display market from the global pandemic.