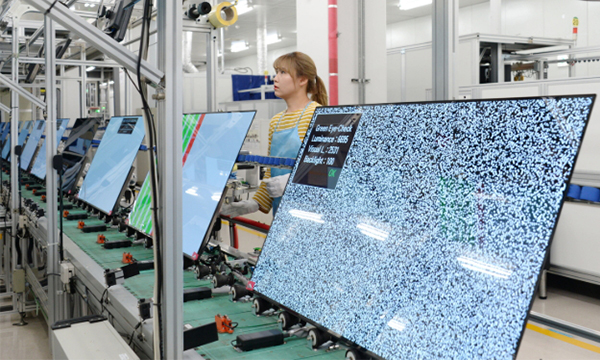 South Korea electronics giant LG Electronics Inc. will relocate two of its six television (TV) production lines at home to Indonesia as early as by the end of this year to enhance operational efficiency amid intensifying competition in the global TV market, the company said on Wednesday.

The move will ramp up the company’s TV production capacity in the Southeast Asian country, promoting the Indonesian factory as its Asian TV production base. The Cibitung plant – built in 1995 – currently produces TVs, monitors, and signage monitors.

Along with the relocation, LG Electronics plans to add more automation factory systems ranging from assembly, quality control, and packaging, to boost production capacity by 50 percent.

The company expects this relocation should help it meet consumers’ different demands for different segment TVs more effectively amid softening global TV demand. This is part of its efforts to promptly respond to the fast-changing business environment amid intensifying price and technology competition, it said.

The move will make its Cibitung plant exclusively responsible for TV supply in Asia, Mlawa plant in Poland for the European market, and Reynosa and Mexicali in Mexico for the North American market. 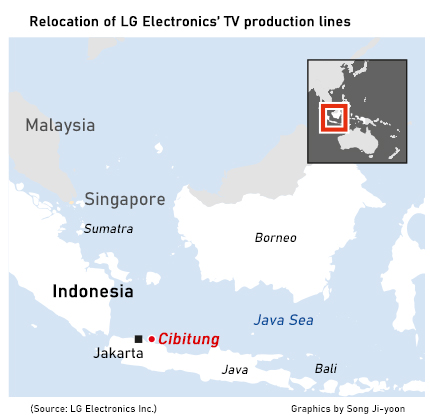 이미지 확대
Since 2015, LG Electronics has grouped a number of overseas TV production lines – Rayong in Thailand, Shenyang in China, Wroclaw in Poland, Haiphong in Vietnam, and Almaty in Kazakhstan – with nearest ones to improve operational efficiency.

The Gumi factory will also continue to serve as the company’s global TV production headquarters with more enhanced role in research to improve production efficiency and test new technologies.

The company emphasized there will be no restructuring of workforce in Gumi after the relocation of the two TV lines. It said Gumi plant employees will all be relocated to other areas in Korea. A majority of about 500 workers in TV sector will continue to work at the Gumi plant but in other TV and solar module production lines. Some employees will be sent to LG Digital Park in Pyeongtaek where they will take on the role of supporting TV-related service and research development.