이미지 확대
South Korea’s LG Electronics Inc. has registered more than 60,000 patents overseas as a result of its heavy investment in future growth related to 5G networks, artificial intelligence (AI) and self driving.

According to its quarterly report on Tuesday, LG Electronics has obtained a combined 61,164 patents outside Korea as of Mar. 31, up 1,320 from late last year and nearly 5,000 from a year earlier.

With the addition, the number of patents it registered at home and abroad totaled 87,733, data showed.

Patents related to next-generation telecommunications standards and new multimedia codecs can provide a shield for new businesses, the company explained in its report.

LG Electronics established a team for patent work for the first time in 1977. The team has been elevated to a division in 2001 and is strengthening its portfolio with focus on future technologies related to 5G and self driving from last year. 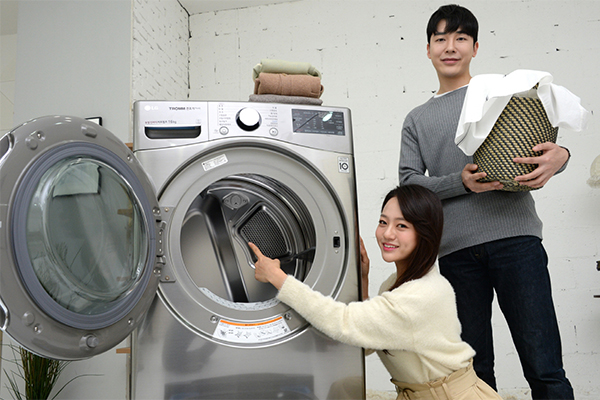 According to a recent report by Germany’s intellectual property research firm IPlytics, LG Electronics ranked third in the world’s 5G-related patent count with 2,236. It is the seventh largest patent holder in the self driving technology category and also the sixth largest recipient in the U.S. after Intel, according to U.S.-based research firm IFI Claims.

As for steam-related technologies for clothing care system, the company has obtained more than 1,000 patents at home and abroad.

LG Electronics aims to provide differentiated services and values for customers based on its patent portfolio and R&D efforts. Its cumulative R&D spending for the first three months hit 1.09 trillion won, or 7.4 percent of total revenue, up 1 percentage point from the ratio of 6.5 percent last year.