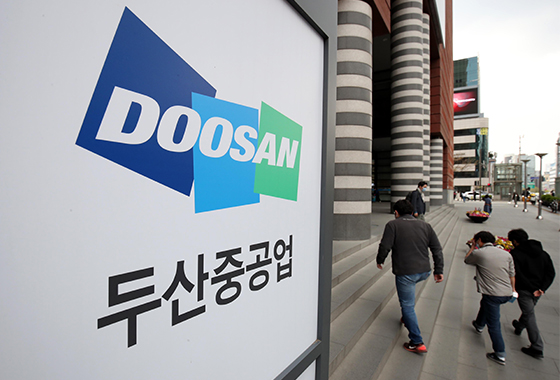 South Korea’s Doosan Heavy Industries & Construction Co. will furlough 400 workers out of 6,000 on the payroll from May 21 until the end of the year as cost-saving measures against liquidity woes and dearth of orders on plant equipment.

The forced move followed after its second round of voluntary retirement program drew less-than-expected applicants. About 100 out of 2,000 aged 45 or order eligible for early retirement applied by the deadline last week. Through earlier application, 650 already had packed out.

The furloughed workers will receive 70 percent of their average salaries during the leave.

The company said it is not closing down its business or factories, but just sending idle workers on temporary furlough to cut costs.

Cost-saving measures are a must for the company sustaining on emergency loans from state lenders. It received 1.6 trillion won ($1.36 billion) from Korea Development Bank (KDB) and Export-Import Bank of Korea (EXIM Bank). The creditors are mulling additional aid of around 800 billion won after reviewing the group’s restructuring commitment.

The once unrivalled nuclear reactor equipment provider has been suffering from mounting losses as new orders stopped after the government cancelled reactor construction projects to phase out nuclear fuel.