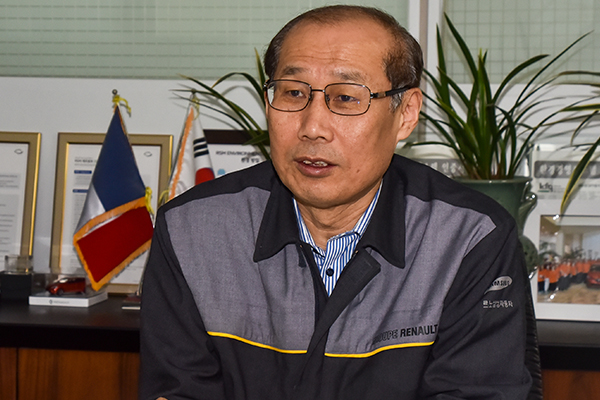 “Most of our profit came from Nissan Rogue (the popular sport utility vehicle that made up half of the output from the Busan plant). Orders that have been pared from last year will entirely stop this year,” said Lee in an interview with Maeil Business Newspaper on Tuesday.

He projected operating profit to have more than halved to 170 billion won ($146.8 million) last year from past years. Red figures in the income balance are sure as the automaker has yet to receive replacement order for Rogue, he added.

Instability at its production line worsens prospects. The automaker has partially closed down its only plant in Busan to keep away striking workers who have been laying tools unannounced to disrupt the entire production process due to low participation to its strike plan. They have begun strike since Dec. 20, demanding wage hike and compensations for the profit until 2018.

“The latest shutdown was inevitable to minimize the damage to production,” Lee said, adding that “fortunately, most of the unionized workers (74 percent as of Tuesday) are not participating in the strikes and working normally to achieve 60 percent of the factory’s usual output.”

The frequent strikes however come at a bad time as Renault Group grapples with overall troubles from reduced revenue from slowdown in the auto industry, he warned.

“The French parent is now raising concerns about the company management. If things go unchanged, we could meet an additional cut in new orders,” said Lee.