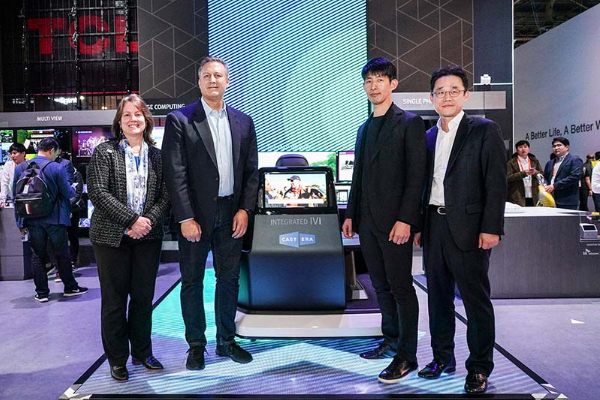 SKT announced Sunday that it began operation of Cast.era, a new JV with Sinclair, in Virginia early this month, a year after it signed an agreement with the American media giant at last year’s Consumer Electronics Show (CES). Sinclair’s Kevin Gage has been appointed chief operation officer of the JV and SKT’s Park Kyung-mo chief technology officer.

The JV will provide equipment that enables the Advanced Television Systems Committee (ATSC) 3.0, a new digital broadcast technology standard adopted by American broadcasters in 2018 to speed up transmission of high-definition videos and enable two-way communication. The ATSC 3.0 market is estimated at around 20 trillion won ($17.3 billion).

SKT is expected to develop various media content that can meet individual needs of the U.S. consumers by using its own technology such as MPEG media transport (MMT), the technology that enables transmission of high-definition video for diverse multimedia application products that the company is already using in its OTT service Wavve in Korea.

At CES 2020, SKT and Sinclair demonstrated ATSC 3.0-backed multi-view broadcasting, for the first time in the U.S., in the automobile cockpit at Samsung Electronics’ booth. The two companies will establish a test bed for 5G-based ATSC 3.0 in Jeju island within the first half of this year and test 5G-ATSC 3.0 solution at Sinclair’s broadcasting station in Washington D.C.

“We are confident that the new JV will lead the U.S. ATSC 3.0 market,” said Lee Jong-min, head of SKT’s tech innovation division. “We will fully support the JV to expand SKT’s presence in the overseas media market.”

By Lim Young-sin and Choi Mira