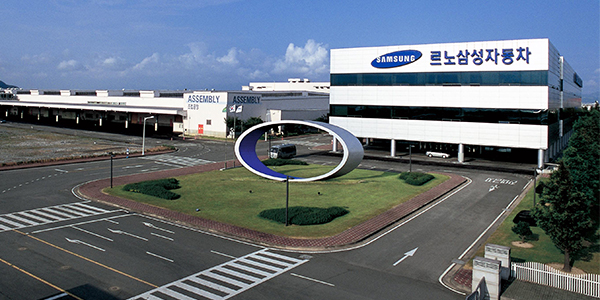 이미지 확대
Renault Samsung Motors Corp. on Friday partially closed down its only plant in Busan, South Korea as the protracted labor strikes have seriously reduced its output and caused tremendous losses.

The South Korean unit of French carmaker Renault S.A. announced Thursday that it can no longer tolerate the situation where the union’s guerrilla walkout has cost the company more than 110 billion won ($94.7 million) and threatened survival of not only the company but also its partners.

This is the second time for the company to partially shut down the plant since June 2018 when the company closed the plant for the night duty shift for one day during negotiations with the union over wage increase.

During the latest shutdown, the factory will run only during the day and be closed for the night duty time, the company said. It will allow workers who have opted out of the strikes to work normally to enhance production stability. Currently, just 30 percent of the 1,800-odd unionized workers are taking part in the strikes, according to the company.

There is no timeline for full resumption of the factory, according to the company.

The unionized workers began the collective action on Dec.20 over discontent in 2019 wage deal. They are demanding an 8.01 percent wage hike that the management argues it can’t afford due to the shrinking sales and output cutback.

이미지 확대
The union has walked out for about 500 hours in total since 2018, including the past 12-day strikes, as it couldn’t reach an agreement with the management during wage negotiations. The repeated collective action has costed more than 450 billion won in losses, the company claimed.

The Busan factory is currently running at below 20 percent of its full capacity due to the full and partial walkouts.

The nearly a year-long strikes until the union and the management reached an agreement in June last year severely disrupted production of Nissan Rogue, a sport utility vehicle accounting for half of its Busan plant’s total output. Since then, Nissan decided to cut down its Rouge production orders from Renault Samsung’s factory in Busan to 60,000 units from previous 100,000.

The Korean unit is in talks with its parent Renault to secure the production of XM3 compact SUVs as follow-up, but no agreement has yet been reached.

The workers are not backing down when the company is about to release its new mid-sized SUV model XM3.

“I feel sorry that the company had no choice but to partly idle the plant,” said an official from Renault Samsung, adding that the company will work hard to settle the deal as soon as possible.

By Park Dong-min and Choi Mira