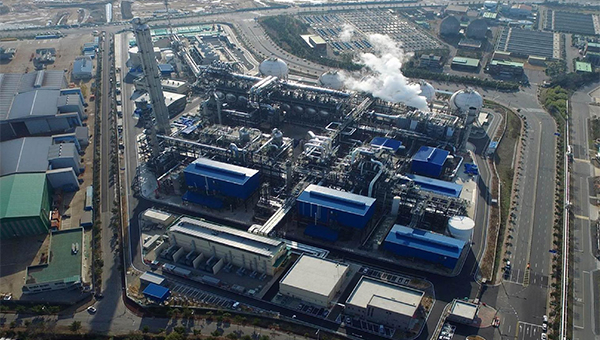 SK Gas said Sunday its special purpose company, SK Gas Petrochemical (SKGP), would take a 15 percent in the joint venture, which will be set up with APC’s subsidiary Advanced Global Investment Co. (AGIC) in the first half of the year.

This would make it the biggest Saudi-based gas chemical plant project for a Korean company, it added.

The new plant will be built in Jubail Industrial City on the east coast of Saudi Arabia. SK Gas expects the plant to start producing 800,000 tons each of propylene and polypropylene a year from late 2023.

For investment in the joint venture, SK Gas will channel up to $81 million in its Singapore-based unit SK Gas International over the next four years.

Propylene, made by dehydrating propane, is an important intermediate for the production of polypropylene, which has a wide range of applications including automotive parts, pipes and kitchen utensils.

SK Gas said it was furthering its move into the downstream gas chemical industry, with its affiliate SK Advanced breaking ground on a new polypropylene plant in Ulsan, Korea last year.

By Won Ho-sup and Kim Hyo-jin