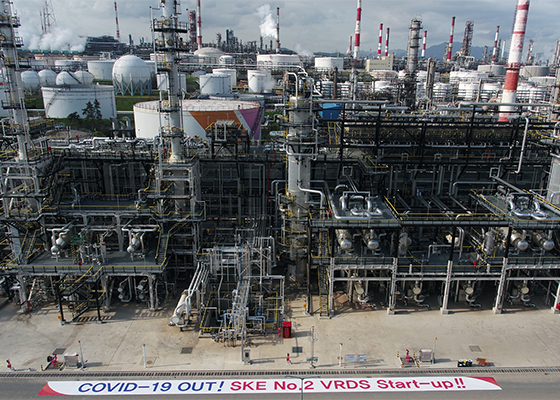 The construction of the new VRDS unit began in January 2018 and reached mechanical completion about three months ahead of schedule in late January this year, the company said on Sunday.

Built at its Ulsan refining complex on Korea’s southeastern coast, the VRDS unit is capable of producing 40,000 barrels per day of low-sulfur fuel oil and light oil using a feedstock of depressurized residue oil from the refinery’s vacuum distillation unit.

The new VRDS unit is part of SK Energy’s “Green Balance 2030” initiative to develop an environmentally-friendly business model in response to the growing global demand for clean energy. On Jan. 1, 2020, new mandate by the International Maritime Organization took effect, requiring all ships to use marine fuels with a sulfur content below 0.5%.

By Choi Geun-do and Cho Jeehyun