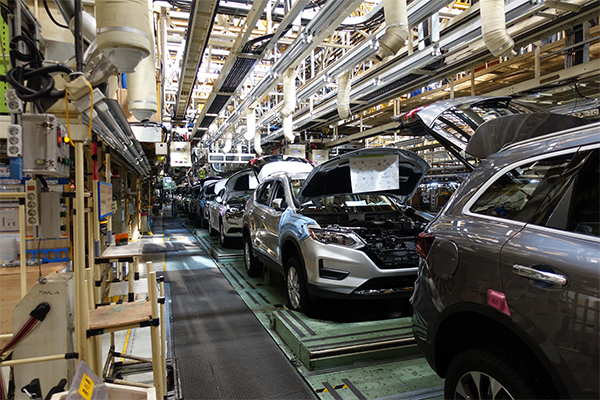 The future of Renault Samsung Motors Corp., the South Korean unit of Renault S.A. of France, has become murkier as the ongoing labor unrest worsens its bottom line that is already battered from shriveled sales.

The collective action, which began on Dec. 20 due to disagreements over the 2019 wage deal, has dragged out for 133 hours and into this year, disrupting production of about 5,500 cars until Jan. 8 and causing losses of nearly 100 billion won ($86.1 million), according to Renault Samsung Motors on Wednesday.

The union is demanding a wage increase of 8.01 percent on the basic pay, citing hundreds of millions of dollars in operating profit from 2016 to 2018, regardless of the poor performance in 2019.

The management argues it can’t afford the increased costs as it faces a sharp cutback in production this year. The company had made 100,000 Nissan Rogues a year at its Busan plant, which make up half of the factory’s total output. But Nissan slashed this year’s allocation to 60,000 due to mounting losses from the frequent union strikes at the Korean factory. The Korean unit is in talks with its parent Renault to secure the production of XM3 compact SUVs as follow-up, but no agreement has yet been reached. 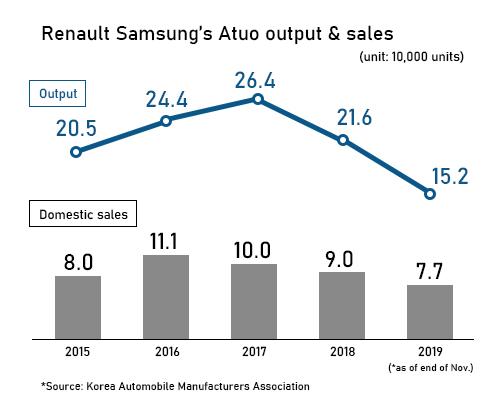 이미지 확대
The union has been employing guerrilla tactics to make up for the weak support from fellow workers. Only 30 percent of the total 1,800-member union at the Busan plant is participating in the strikes.

The company said the union would announce the strike on the day and suddenly walk out, leaving management no time to make backup plans at the assembly lines. “This is causing more damage to the company than a full strike,” a company official said.

The union has already cost the company more than 200 billion won during its wage negotiations for 2018. From October 2018 to April 2019, the union staged 62 partial strikes for a total of 250 hours. This had disrupted production of 14,320 cars, resulting in 280.6 billion won worth of losses, according to the company.