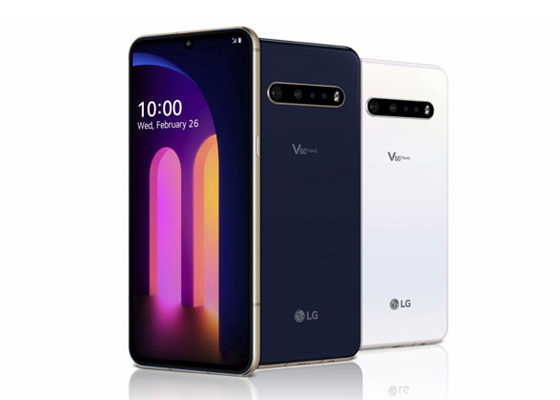 The Korean tech giant unveiled the new 5G-enabled V60 ThinQ 5G smartphone with an attachable display in Japan at a 5G event held recently by NTT DoCoMo, ahead of the official launch in later next month.

To compete with Samsung premium Galaxy 20, LG’s new flagship V60 comes with a main camera with the resolution of 64 megapixels and four brand-new, high-performance microphones that can shoot 8K videos delivering realistic audio experiences to users.

The top-shelf phone with a 6.8-inch attachable display also enables multitasking as if users use two smartphones at the same time, with an enough battery capacity of 5,000㎃h.

LG Electronics has already showed off the V60 ThinQ 5G a month earlier in the U.S. for its launch on Friday. It is priced at $799, excluding the attachable display.

Markets are betting on a delay of the 2020 Tokyo Olympic Games due to the ongoing coronavirus pandemic – what would be the stage for the country to show off its 5G technology to the world – but LG expects Japanese telecoms to keep on investing in the 5G network as scheduled.

Japanese firms are planning to launch the 5G commercial service starting next week. Apple Inc. has yet to release its new model for the 5G connectivity.

“With the launch of V60, we’ll be able to raise the market share in Japan,” said an official at LG Electronics.

LG V60 ThinQ 5G won’t be introduced in Korea. LG Electronics is planning to release a new G series in Korea this year to focus more on mid-priced phones.