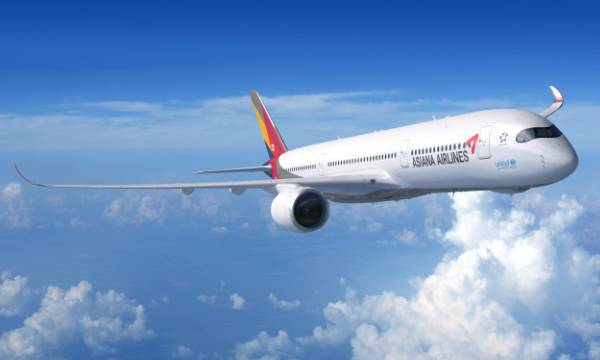 The company announced in a regulatory filing on Wednesday that its operating loss stretched to 368.3 billion won ($312 million) in 2019 from 35.1 billion won a year earlier. Revenue shrank 4 percent to 5.95 trillion won, while net loss swelled to 672.7 billion won from 598.8 billion won.

The troubled Asiana which was sold off to HDC Hyundai Development by its parent Kumho last year in a $2 billion deal shared the woes that weighed on all Korean airlines both big and small after Koreans virtually stopped making pleasure trips to Japan from August amid row over past and trade issues. Sluggish air cargo due to slump in component business and strong U.S. dollar further aggravated its top and bottom line.

The going has gotten tougher entering this year with the outbreak Chinese-originated coronavirius (COVID-19) virtually killing the short-haul business.

It anticipates liquidity relief when it gets capital fuel of 2.2 trillion won once HDC Hyundai Development Co. completes its acquisition of the airline.

Starting afresh, the airline vowed to strengthen business fundamentals and financial soundness under the slogan of ‘Rebuilding 2020’. It will dispose of aging planes and replace them with four new jets with high fuel efficiency including A350 and A321neo.

In order to drive demand for passenger flights, the air carrier will step up efforts to seek for new destinations to replace services to China that have been cut down due to the COVID-19 spread. It will also establish a team specializing in business class marketing to enhance premium demand.