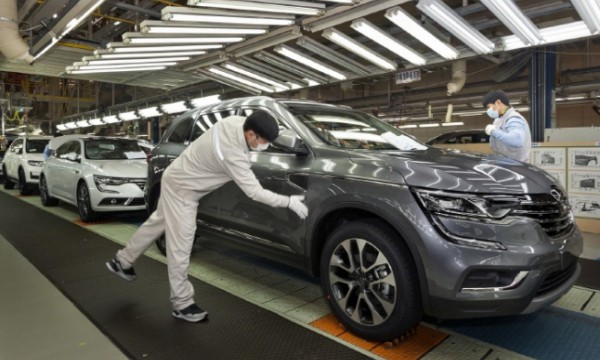 The Korean unit of French auto giant Renault S.A. informed the largest representative union of its plan to sell the maintenance center last Friday, according to the union on Tuesday.

“Renault Samsung Motors CEO Dominique Signora told reporters that Renault strongly wants to stay in the Korean market and expects smooth negotiations with the union at the new QM6 SUV test-driving event. But just two days later, the management informed of an opposite restructuring plan,” said the union.

“Cumulative operating profit for the past seven years amounted to 1.9 trillion won, but site workers still are suffering from overwork due to the company’s excessive cost-saving efforts,” it added.

The management said it shared the idea of the sale with employees, and is yet definite.

“Renault Samsung Motors is reviewing various ways to improve the business amid increasing losses from the maintenance center,” said an official from the automaker.

Ilsan Techno Station employs eight. The union is planning to vote on strikes over the sale plan at its regular meeting on Thursday.

Renault Samsung Korea’s management and union failed to settle collective bargaining terms this year during six rounds of negotiations as of September.