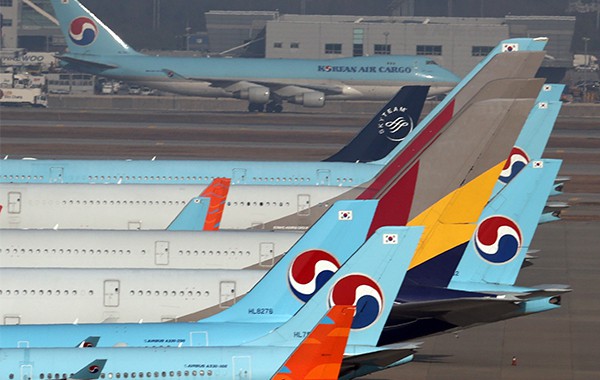 State lender Korea Development Bank (KDB) has conditioned management oversight and say in Hanjin KAL on condition of the company`s overseeing a colossal flag carrier by bringing in Asiana Airlines under its flagship Korean Air Lines through state fund.

Under the terms Hanjin KAL agreed with the government institution for receiving 800 billion won ($723 million) to finance the 1.5 trillion won acquisition of Asiana Airlines, the management must discuss and seek approval for key business decisions or face more than 500 billion won in fines and damage suits for abusing tax funds.

Korean Air Lines will own 64 percent in Asiana Airlines after buying new shares worth 1.5 trillion won and later cancel them at 3 to 1 share, a scheme possible when approved by Asiana Airlines’ shareholders’ meeting next month.

The holding company disclosed the conditions it had agreed with the lender to mitigate controversy over favoritism towards a certain family-owned conglomerate and possible predatory and unfair business practices from the creation of a flight monopoly.

The acquisition and funding bring the government lender in the infamous feud of the Cho owner family of the Hanjin enterprise. 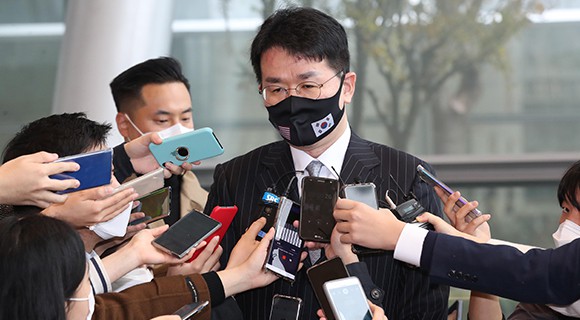 Once KDB’s stake increases to 11 percent through 500 billion won worth purchase of new shares, Cho’s grip will be cemented with KDB’s share added to his own 37 percent. The front led by Cho Hyun-ah, Korea Corporate Governance Improvement (KCGI) and Bando Engineering & Construction would see its combined stake become lowered at 42 percent from current 46 percent.

Under the mandated conditions, KDB will have the right to appoint three outside directors and auditors. Hanjin KAL currently has 11 directors – three inside and eight outside.

Hanjin KAL must work on post-merger integration and becomes subject to regular inspection by the KDB on ethical management. The policy bank will make performance and management review each year and take punitive actions such as replacement of executives upon poor score.

Hanjin KAL is required to put up its shares in Korean Air in collateral including Cho’s shares in both Hanjin KAL and the airliner.

The disclosure however is yet to convince investors.