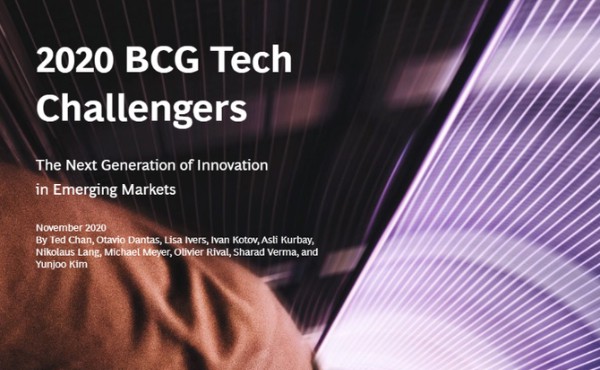 In a 2020 BCG Tech Challengers report on Tuesday, BCG identified 100 emerging market technology companies driving next generation of innovation and growth. Tech challengers are not tech giants such as Nvidia and Amazon but are rising stars that are capable of becoming next-generation leaders of global economy and industry.

According to BGC, the 100 tech challengers have an average valuation of $6.3 billion, and despite averaging $2 billion in revenues each, “they are still growing at an average annual rate of almost 70 percent, six times the rate of the tech sector in developed markets.”

The companies have also “weathered the Covid-19 crisis well, with many showing increases in both number of customers and frequency of usage,” it noted. 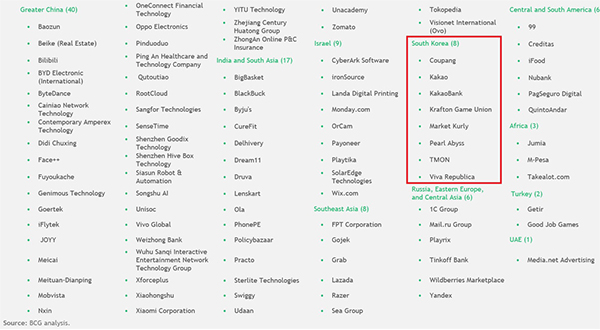 Kim Yun-joo, managing director and partner at BCG Korea, said that KakaoBank has become the world’s most successful digital bank that provides innovative products. The online-only bank extraordinarily permeated into the public at a rapid speed and achieved unprecedented success in the financial market by achieving break-even point in three years, he said.

By region, 40 tech challengers were from Greater China, 17 from India and South Asia, nine from Israel, eight from Southeast Asia, six from Russia, Eastern Europe, and Central Asia, six from Central and South America, three from Africa, two from Turkey, and one from UAE. Among Chinese companies were Oppo Electronics, Vivo Global, and Xiaomi Corp.

“Tech challengers are reinventing their industries and charting their own paths to scale and success,” said Nikolaus Lang, BCG managing director and senior partner. “They are also gaining the attention of major industry incumbents – in tech industry itself and other industries – which must determine how best to deal with the rise of these new potential adversaries and allies.”

Korean tech challengers, however, still focus more on home turf, suggesting they need to look for opportunities in overseas markets.

By Kim Deok-sik and Lee Eun-joo