Samsung Electronics Co. has been keeping up record R&D spending this year regardless of coronavirus-related setbacks.

Its quarterly report on Monday showed R&D spending in the January-September period totaled a record 15.9 trillion won ($14.4 billion), up 600 billion won from the same period a year earlier.

The company racked up 4,974 patents at home and 6,321 patents in the United States in the first nine months of this year. It now holds 194,643 patents across the world, with 75,472 patents coming from the U.S. alone. It added 254 design patents in the U.S. this year, reflecting its emphasis on innovative design for its smartphones and TVs.

The money would mostly be spent on upgrading its memory chipmaking process and expanding its chip and display output, the company said.

The average salary per worker was 72 million won, 29 million won higher from the first half. 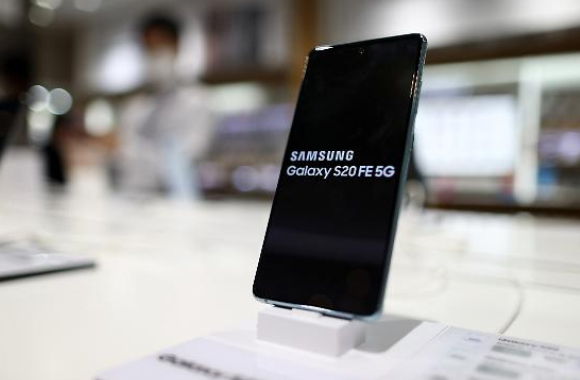 Samsung Electronics regained lost ground in the global smartphone market. It share in the quarter ended September was 17.2 percent, up from 16.4 percent in the first half, on the back of new flagship models, according to Strategy Analytics.

Its market standing in display, however, continued to slide. Its estimated market share in smartphone panels was 39.6 percent in the third quarter, compared with 41.3 percent in the first half of 2020 and 43.6 percent in 2019. The company, which has been driving the trend toward pricier OLED panels, expected OLED to account for 31 percent of its smartphone panel portfolio this year.

Samsung’s market share in DRAM memory chips was an estimated 43.3 percent in the third quarter, edging down from 43.8 percent in the first half. The global appetite for memory chips powering data servers surged earlier in the year as the pandemic fueled the stay-at-home economy, but mounting inventories soon began to drive down prices.

Samsung said its share in the global TV market also fell to 31.9 percent in the latest quarter from 32.4 percent in the first half. It has remained the world’s No. 1 TV producer for the past 14 years, with its market share climbing from 26.5 percent in 2017 to 29.0 percent in 2018 and crossing 30 percent for the first time last year.