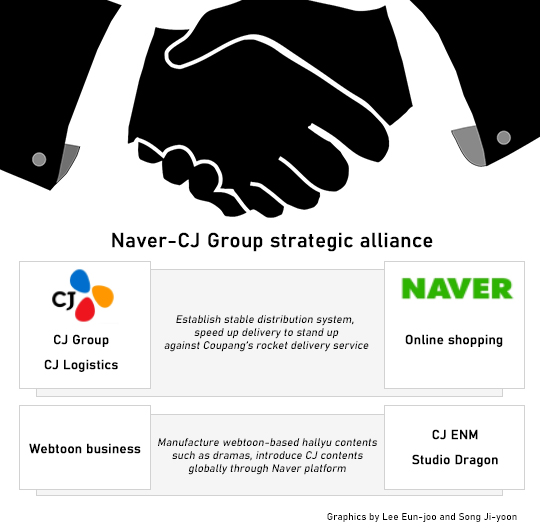 CJ Group and Naver have entered negotiations for stock swap and joint ventures in e-commerce, logistics as well as content production and distribution.

Under the outline, three of CJ Group subsidiaries – CJ ENM, Studio Dragon, and CJ Logistics – would offer their shares for exchanges with Naver’s. Half of 20.42 percent treasury stock owned by CJ Logistics worth 868.8 billion won ($758.6 million) is expected to be subject to the equity swap, according to sources. Some industry sources projected that Naver could buy additional shares in CJ Logistics to up its stake.

Naver and CJ Logistics in separate disclosures said they were reviewing various options to enhance its competitiveness but saved the details. The two companies are expected to announce their partnership after respective board meetings later this month.

Market analysts expect a strategic alliance between the two could create the Korean versions of Amazon.com that could bring about big changes in the country’s both e-commerce, logistics and media production and distribution markets.

CJ and Naver are also in need of new growth engines after each has topped in the country’s logistics, media and portal scenes. 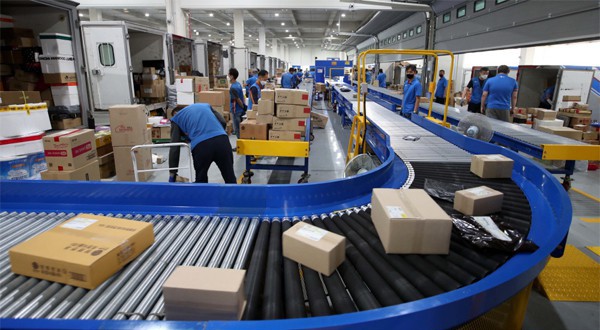 Under a strategic alliance, Naver is expected to benefit from CJ’s logistics services that the country’s portal giant falls behind the country’s leading e-commerce giant Coupang despite its growing presence in the e-commerce market with its Naver Shopping.

Naver has been active in securing stable logistics services with a slew of investments in the country`s fulfillment market.

According to industry sources, Korea’s fulfillment market is projected to grow from 1.88 trillion won this year to 2.3 trillion won in 2022.

CJ would leverage on Naver in media production and distribution. Naver boasts of strong webtoon intellectual property, and CJ ENM and Studio Dragon are well known for their outstanding content planning and production. Using Naver’s webtoon IP, CJ’s media units are expected to diversify their content portfolio and reach out to a broad audience at home and abroad.

Naver has so far invested 430 billion won in its webtoon business – which has resulted in over 67 million global monthly average users as of August.