Chung Euisun has finally removed ‘de facto” addition to his title as the head of South Korea’s second largest conglomerate Hyundai Motor Group after two years at the helm in place of his father and gains traction in his push to transform the automaking group as a global leader in future mobility and green fuel.

A generational change has taken place in the top automaking group in 20 years.

The younger Chung, 49, became responsible for everyday duties by ascending to Executive Vice Chairman in September 2018.

With full control, he will likely speed up efforts to drive future mobility innovation across group to make another leap forward amid growing uncertainties in the fast-changing auto industry landscape and lingering virus threats. 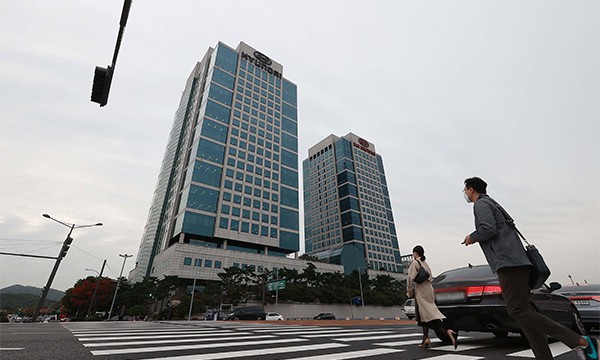 Since the younger Chung took command, he has been aggressively pushing with the transition from traditional car manufacturing business into a future mobility provider using latest technologies such as AI, Internet of Things, and robotics.

Under his leadership, the company is developing not only a level 4 self-driving car but also a flying car, dubbed Urban Air Mobility (UAM). It is also pushing hard to make hydrogen fuel-cell vehicle as the next green car mainstream along with its own EV cars. It is partnering with various entities to expand hydrogen infrastructure across the country as well as in the world.

“Customers-first, humanity and social contribution” was highlighted by the new-generation leader.

“All of our goals and efforts must be customer-centric. The first step to customer happiness is to enable them to focus on their own lives through perfect quality of our products and services,” said Chung.

Chung has so far taken over a series of posts from his father to tighten his control over the group. He was promoted to co-chief executive of Hyundai Motor and Hyundai Mobis last year and then took over the chairmanship of the Hyundai Motor board in March this year. 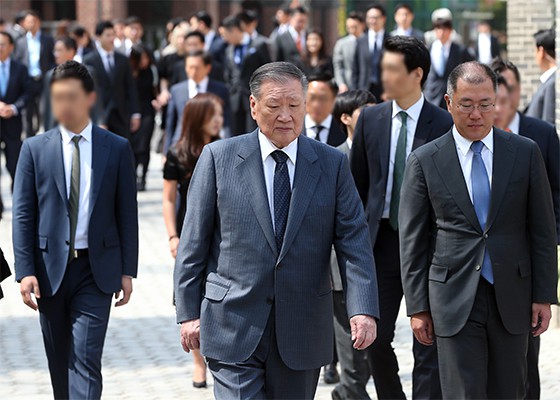 이미지 확대
The 82-year-old Chung, who served as the board chair for the past 21 years, has been hospitalized since mid-July for treatment of colonic diverticulitis.