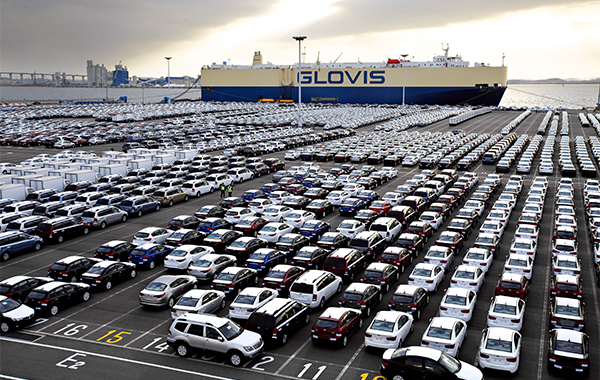 Kim Jung-hoon, chief executive of Hyundai Glovis, and Bo Shijiu, chairman of Changjiu Group signed the contract in Seoul on Thursday on to establish two separate JVs that focus on used car retail business and automotive sea logistics in China.

The Korean logistics company bets big on the growth potential in the used segment in the world’s largest auto market.

“Used car sales usually double the sales of new vehicles in most advanced markets. But used cars are still sold less than half of new ones in China, suggesting that much of growth potential,” said a Hyundai Glovis official.

For the finished car business using the sea logistics network, the two companies will focus on the Southeast Asian market. They will launch a new sea route of China-Korea-Hong Kong-the Philippines for auto shipping next year and then expand its reach to Thailand and Indonesia.