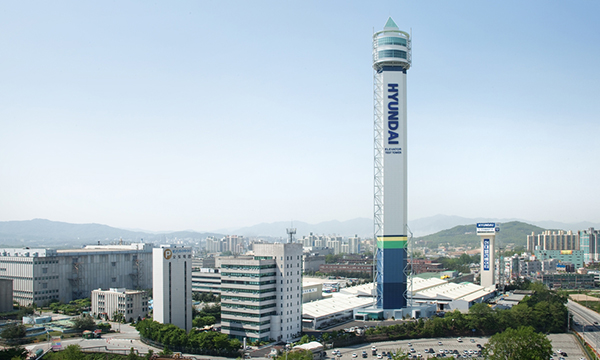 The two companies aim to use the information communications technology to develop elevators connected with smart devices and service robots.

They also have agreed on the development of monitor-installed elevators to create synergy in advertising business.

The partnership with the country’s leading telecom name KT is expected to pave the way for the development of new customer-focused elevators that would bring more convenience and safety, said an official at Hyundai Elevator.

Hyundai Elevator also has been focusing on the IoT technology to develop the so-called “before service,” the opposite of after-sales service to improve its maintenance capabilities. Part replacements and maintenance before an elevator suffers from malfunction are expected to enhance the operation efficiency and minimize the troubles and inconvenience from repairs, said the company.

Robotics is another area it is studying with its logistic system sibling Hyundai Movex.

Last month, they have teamed up with Woowa Brothers, the operator of Korea’s top food delivery app Baedal Minjok, and succeeded in developing autonomous robots capable of using lifts for food delivery. The robots are now on trial service.

Hyundai Elevator is planning to build a smart factory run by AI and IoT technologies on a site of 150,614 square meters in Chungju, North Chungcheong Province. Icheon, Gyeonggi Province has been home to the company since the inception in 1984, but the company decided to move its base to ramp up output and improve efficiency. It sold its headquarters plus aged production facilities to SK Hynix for 205 billion won ($173.7 million) in May.