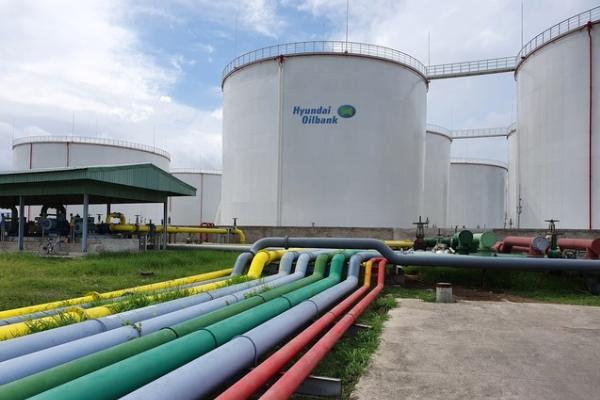 South Korean oil refiner Hyundai Oilbank Co. has set up a petroleum storage base in Vietnam, joining its Korean peers in a race to expand presence across the fast-growing Southeast Asian market as an alternative to saturated market at home and in China.

The company expects the new storage would help it further expand its presence not only in Vietnam but also across Southeast Asia.

The Vietnamese petrochemical market has expanded more than 5 percent on average every year but the Southeast Asian country has been relying on imports for nearly 30 percent of total needs due to a lack of refining facilities. The country mainly imports petrochemical products from Singapore, Malaysia, and Thailand but its imports from Korea have been on the steady rise since the bilateral free trade agreement in 2015.

An industry official noted that because the Korean petrochemical market already has saturated and demand from Korea’s key trading partner China is slowing, it is urgent for Korean oil refiners to seek new growth opportunities in Southeast Asia.

The Korean company will also use the new storage base in Vietnam as the gateway to the broader Southeast Asian market, especially to Cambodia and Laos – Vietnam’s neighbors and other big users of the harbor in Ba Ria – Vung Tau for goods shipment.

Hyundai Oilbank is not alone in pursuing expansion into the region to grab the burgeoning market.

Kolon Industries opened a tire cord factory in Vietnam in September last year. Hyosung Corp. is building a polypropylene manufacturing plant in Vietnam, with half of production to be sold in the country and the rest to be shipped to other Southeast Asian countries. SK Innovation through its energy subsidiary acquired stakes in Myanmar’s leading oil retailer for its expansion into the region. GS Caltex has entered into partnership with Vietnam’s No. 1 gas station operator in September.