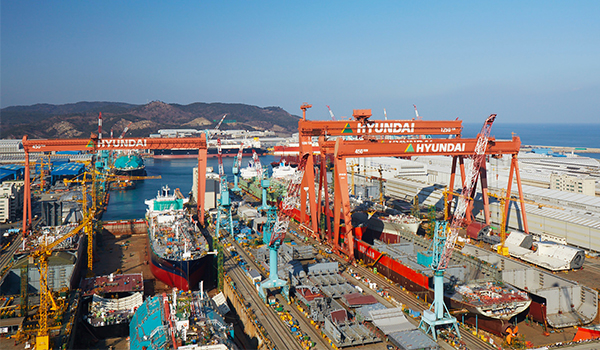 이미지 확대
South Korea’s Hyundai Heavy Industries Holdings Co. expects over $1 billion addition to its balance next month through payment from Saudi Arabia’s national oil company Saudi Aramco for the sale of some of its stake in refiner Hyundai Oilbank.

The Korean company in a regulatory filing on Tuesday said it will be collecting about 1.4 trillion won ($1.2 billion) from Saudi Arabia in mid-December for its sale of 17 percent stake in Hyundai Oilbank. This would complete the agreement signed on April this year and make the Saudi oil giant as the second largest shareholder of Hyundai Oilbank after the Korean owner.

Hyundai Heavy Industries said it plans to use the proceeds from the sale to invest in new projects and improve financial structure.

On Tuesday, shares of Hyundai Heavy Industries Holdings gained 2.03 percent to end at 351,000 won in Seoul.

The Korean company in April signed a contract with Saudi Aramco to sell 17 percent of its shares in Hyundai Oilbank plus a call option rights on a 2.9 percent stake in April this year. Saudi Aramco, as the world’s top crude exporter, had to gain approval on the deal from anti-monopoly authorities of the world, including the one from its own country. The Saudi company recently obtained all the necessary approvals.

Even after the stake sale, Hyundai Heavy Industries will remain as the largest shareholder of Hyundai Oilbank with 74.1-percent ownership. But its stake will fall to 71 percent once Saudi Aramco exercises its call option rights.