Netmarble gets nods from CJ ENM, Tencent to buy out Woongjin Coway 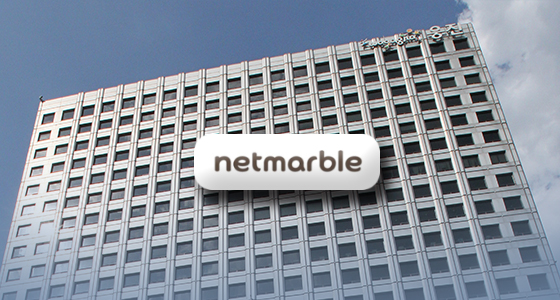 이미지 확대
South Korea’s leading game developer Netmarble Corp. has moved a step closer to buying out the country’s top rental company Woongjin Coway Co. upon getting a go-ahead from its two major stakeholders of CJ ENM and Tencent.

According to investment banking industry sources on Thursday, Netmarble’s second and third largest stakeholders CJ ENM and Tencent with 21.85 percent and 17.57 percent, respectively, have endorsed the acquisition of Woongjin Coway.

Piao Yanli, vice president of Tencent, and Lee Jong-hwa, head of new business at finance planning division of CJ Corp. are members of Netmarble’s five-member board, and they can vote against the company’s major business and management agendas.

The approval is expected to speed up due diligence and later process. Netmarble aims to sign a stock purchase deal by mid-December. Netmarble and Woongjin Coway are reportedly negotiating the acquisition price at about 99,000 won ($84.80) per share, according to sources. 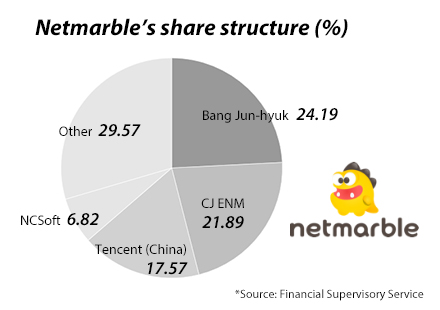 이미지 확대
Woongjin Coway put a 25.08 percent stake up for sale, and Netmarble is known to have originally offered the highest bidding price of 100,000 won per share, or around 1.8 trillion won for the whole stake.

Market experts say CJ and Tencent approved of the acquisition plan based on Woongjin Coway’s solid cash flow and balance sheet. Once the deal is finalized, China-based Tencent could be helpful in Woongjin Coway’s entry into global markets such as China and other Asian countries, experts said.