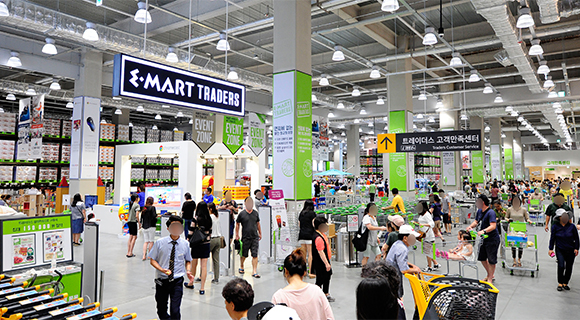 Traders, a warehouse brand of E-Mart Inc., South Korea’s largest grocery chain under Shinsegae Group, passed revenue of 1 trillion won ($837 million) in the first half of this year and is expected achieve 2,4 trillion won by the year-end.

The milestone was achieved in the ninth year of Traders business that started in 2010 with its first store in Yongin. Sales there were 48.4 billion won in the first year. Traders’ revenue grew over 20 percent each year after 2015.

Top 10 best-selling items at Traders were all food related in the first nine months this year, suggesting a change in consumer patterns that prefer processed food and living supplies. 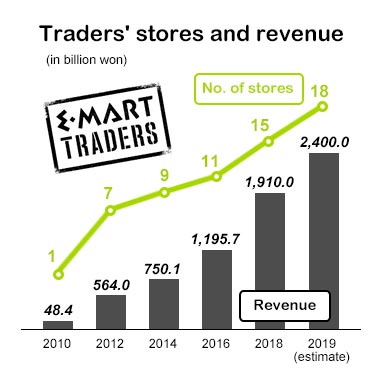 이미지 확대
Traders’ meat products sell in large packs. One pack contains 600g to 1kg Korean beef and 1.5 to 2㎏ Australian beef, up to 2.5 times bigger than Emart packs that usually target small households of one or two persons.

By Lee Yoo-jin and Minu Kim