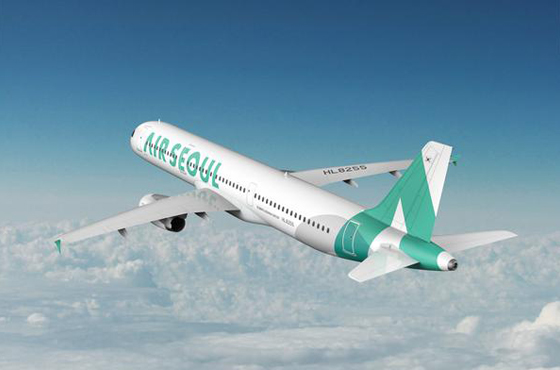 The in-flight service is available from Thursday on mid-haul flights such as to China, Southeast Asia and Guam for the first time from the Korean budget category, the company said.

Its passengers on the mid-haul routes can enjoy free access to the latest movies on seats, while those on short-haul flights are offered other options like shorter comedy videos.

The carrier in the heated local LCC race plans to further expand its in-flight video content to TV entertainment series and sports programs to raise its competitiveness. 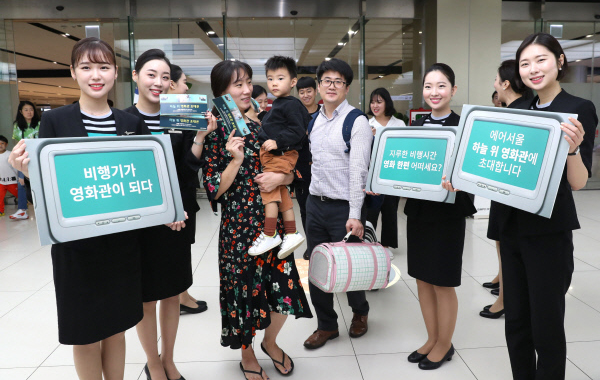 Air Seoul separately on the same day announced that it will run a new direct route from Incheon, Korea to Zhangjiajie, China for the first time among Korean budget carriers from Oct. 16.

The flight, which will be operated three days a week on Wednesdays, Fridays and Sundays, departs from Incheon at 12:25 p.m. to arrive in Zhangjiajie at 2:50 p.m. It returns from Zhangjiajie at 3:50 p.m. and lands in Incheon at 8:15 p.m.

Zhangjiajie, located on the northwestern border of Hunan Province, is one of the favorite Chinese tourist destinations by travelers at home and abroad thanks to its world-famous natural heritage site Wulingyuan Scenic Area. It has become popular as home of the ‘Avatar Mountains’ since the release of the 2009 American epic science fiction film “Avatar.”