Aju Hotels & Resorts announced on Thursday it entered into a purchasing agreement last month over a Hyatt Place hotel on West 36th Street and a Hyatt Herald Square on West 31st Street for a combined $138 million. Aju Hotels & Resorts purchased the two hotels for $86 million and $52 million, respectively, according to property records confirmed by local media The Real Deal.

Room occupancy is known to be high thanks to the location of both hotels as it is close to the city’s financial district and major tourists attractions such as Broadway and Times Square.

A company official said the two hotels were put on sale with favorable price conditions in May when Park Hotels & Resorts acquired Chesapeake Lodging Trust, adding the 5-year room occupancy averages 94 percent and its good price deal will contribute to capital gains. 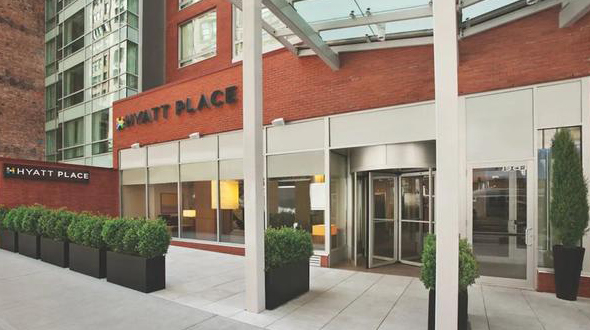 With the latest deal, Aju Hotels & Resorts will run five hotels in total across the U.S. Aju Group entered the tourism and leisure business with the acquisition of Hotel Seokyo (now RYSE Autograph Collection) in 1987 and Hyatt Regency Jeju (now The Shore Hotel Jeju) in 2000. Moon Yoon-hoi, the eldest son of Aju Group Chairman Moon Kyu-young, who graduated from the School of Hotel Administration (SHA) at Cornell University is heading the group’s hotel business.

By Lee Han-na and Minu Kim