Samsung Electronics Co. has fared relatively well on the smartphone front this year despite stagnation in the premium phone market.

According to market tracker Counterpoint Research and industry sources on Wednesday, Samsung Electronics is estimated to have sold 25.2 million smartphones in August, contracting 5 percent compared with the previous month but increasing 3 percent against a year ago period. It accounted for the largest 22 percent of the global smartphone market.

Thanks to popularity of its 10th anniversary premium phones and budget versions in Galaxy series, Samsung occupied 28 percent share of the U.S. smartphone market, 22 percent in India, and 0.7 percent in China in August. In India, its share has been growing for the past four consecutive months. 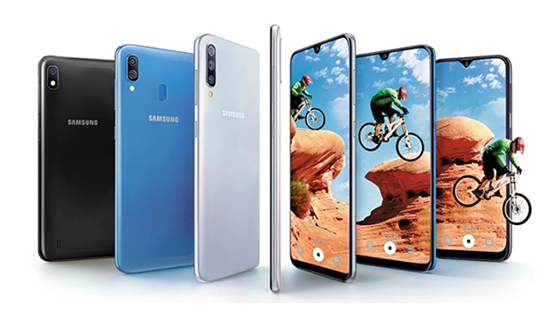 Market experts attributed Samsung’s brisk performance to Galaxy A series, its budget smartphone that have been selling well across the world. The woes of Huawei due to U.S.’s ban on the Chinese maker’s products also benefited the Korean maker.

Huawei has made a comeback. Its August sales are estimated at 14.8 million units, up 7 percent on month and 3 percent on year with gains in its home market where it offered sales promotions. The Chinese brand’s share of the global smartphone market was 17 percent.